The European Parliament has taken the first step towards making cages for farmed animals a thing of the past. 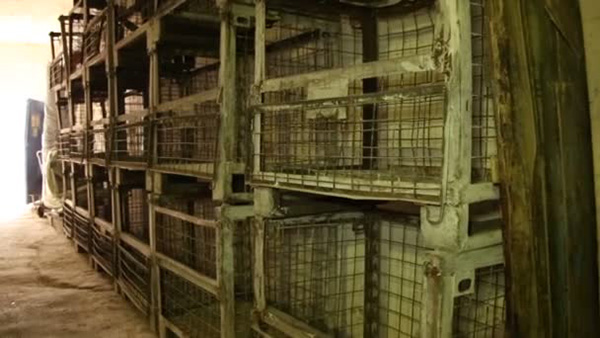 Responding to a petition, which has garnered 1.4 million signatures from more than 18 member states over the past few months, MEPs asked the EU Commission to come up with legislative proposals to ban caged farming.

On June 10, the European Parliament urged the European Commission to make cages for farmed animals illegal across the European Union by 2027, adopting a resolution on the 'End the Cage Age' European Citizens' Initiative.

The resolution was passed by an overwhelming majority, with 558 Members of the European Parliament (MEPs) in favour to 37 against and 85 abstentions.

Green MEP Eleonora Evi, the co-chair of the working group on cage-free farming, said this vote marked a "historical day" in the fight for a cage-free Europe.

"By adopting with a large majority a resolution, the European Parliament brought the EU a step closer to finally ending the cruel practice of caged farming, which every year condemns over 300 million animals to live in a cage," she said.

Olga Kikou, head of compassion in world farming EU, said she was "delighted" that the European Parliament has taken a firm stance against cages.

"The time has come now for politicians to put words into action. From today on, the ball is in the Commission's court," she said, stressing that she expects "nothing short of an ambitious timetable for ending the use of these outdated torture instruments called cages".

"Once this happens, the EU could truly claim global leadership in animal welfare," she said.