It only took a freediver 20 minutes to find the engagement ring of a woman who had lost it in Lake Windermere — England's largest lake. 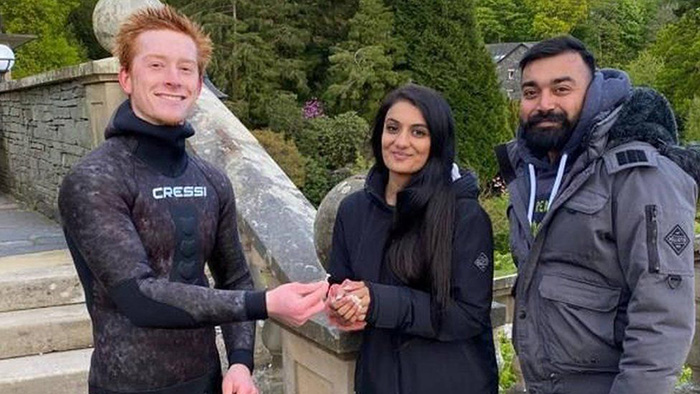 Viki Patel popped the question to fiance Rebecca Chaukria during a trip to the Lake District. Two days later, the ring slipped off Rebecca's finger while standing on a pier.

"We got up and her hand went forward a bit and the ring completely slipped off and plopped into the lake about two metres ahead," Patel told BBC News.

He ran back to the hotel to retrieve shorts and stopped by a water sports place to buy some goggles.

"When I explained the situation to them they told me about Lake District Diving and Angus and Declan," said Patel.

Believing time was of the essence, Patel waded into the "absolutely freezing" water to search for the ring himself.

"I lost all hope once I saw how the bottom was all mushy," he said.

He contacted Angus Hosking, a volunteer at Lake District Diving, who brought along an underwater metal detector.

"He was scouting around for a while, and I was starting to get worried then he emerged from the water with a smile, saying 'I think we have it'," Patel said. 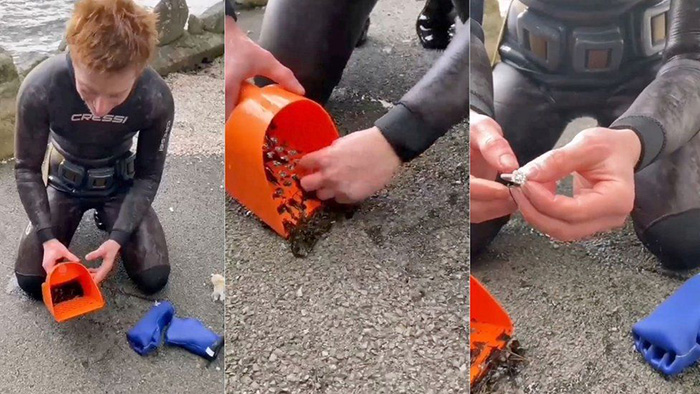 "Fortunately we had a rough idea of where it was," Hosking told BBC News. "If it had been in the middle of the lake it wouldn't have been like a needle in a haystack, but a needle in the world."

Pictures and videos of Hosking's successful mission were shared on the hotel's Instagram page, including a picture of the diver handing over the ring to a grateful-looking Vik and Rebecca.

A post shared by BBC North East and Cumbria (@bbcneandcumbria)