A boomer selling an air compressor to help fund his liver transplant received the money needed for his procedure from members of a Facebook group that mocks boomers. 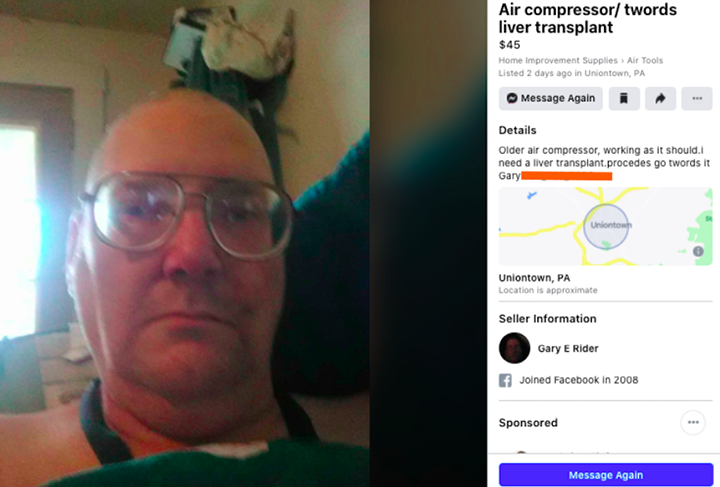 When the Facebook group called "a car club where everyone acts like boomers" found the post, members didn't just poke fun at the boomer like they normally do. They actually helped the man to the tune of over $56,000.

Rider's daughter had set up a Gofundme roughly two months ago.

"I had the Gofundme set up for about a little under 2 months and it [got] basically $175 worth of donations," Rider told Jalopnik.

That was until the "a car club where everyone acts like boomers" discovered his post. The group is a joke comprised of younger car enthusiasts poking fun at old-timers and the predictable ways old-timers navigate the automotive scene.

"Everyone essentially role plays as boomers on Facebook: ALL CAPS, numerous misspellings, irrelevant selfies attached to posts, always complaining about their wives, being aggressively conservative or Christian, etc," the group's administrator said.

But after the post was shared to the group by a member, they did more than make jokes.

In just a few days, the GoFundMe balance went from a couple hundred dollars to over $50,000.

The comments on the GoFundMe page are hilariously wholesome, too. 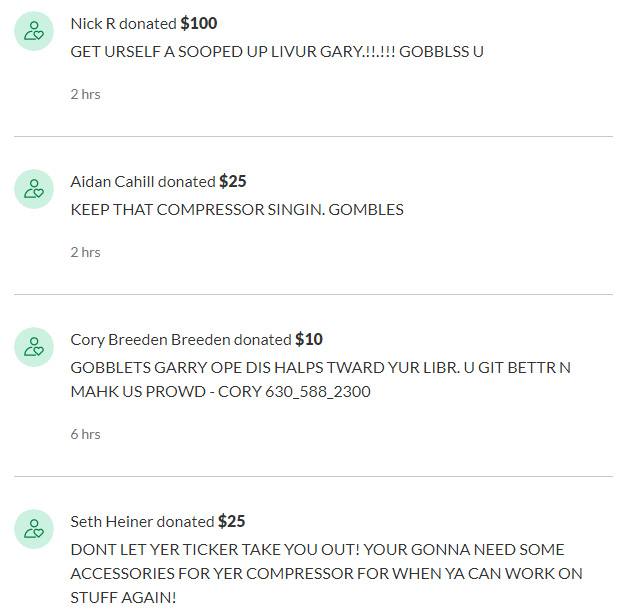 Rider had planned to sell his home to cover the cost of the procedure.

"I live in an old coal patch town. My house is only worth about $15,000. I had planned on selling my house and everything to fund this," he said.

"People in the group saw it and just...it's blown my mind completely as to how much the people are helping me."