He can tell when people need him and can soothe the pain of those at the palliative stage. 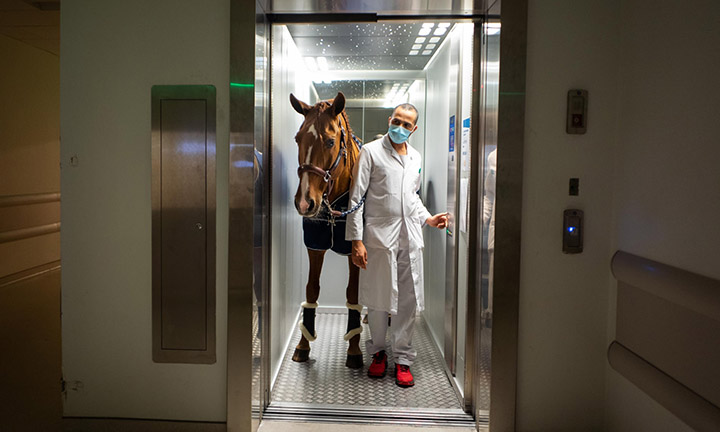 Doctor Peyo and his owner/trainer Hassen Bouchakour are bringing comfort to adults and children who are being treated for cancer, some in palliative care, at hospitals in Calais, France.

Peyo, a 15-year-old stallion, appears to have an understanding of human suffering.

At the hospital, Peyo tells his trainer which room he wants to enter next by stopping or raising his leg. Peyo seems able to detect when humans have cancers and tumours.

"I accompany him but I let him do what he wants, he's the one who decides," Bouchakour told The Guardian. 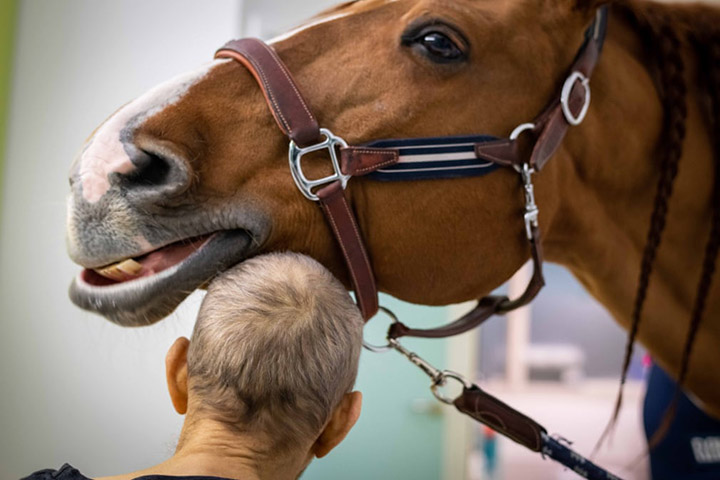 For a long time Peyo and Bouchakour were known for taking part in equestrian shows. But Peyo was constantly looking for human contact.

After shows, he would pick out people in the crowd, approach them and choose to stay next to them. Bouchakour began to suspect Peyo was choosing people who were weakened morally, physically or psychologically. 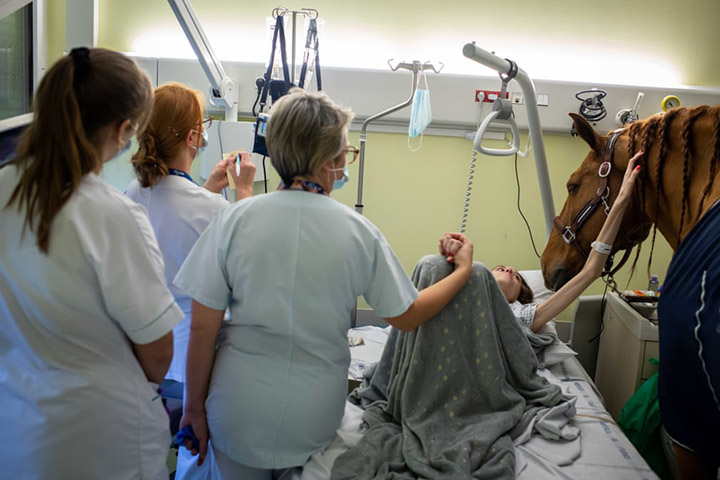 A recent patient in the palliative care unit says Peyo is his "favorite doctor."

"Tonight he's going to sleep well [because] he saw Peyo. As soon as he sees him he sleeps like a baby," the patient's wife said.

Since 2016, Bouchakour estimates that Peyo has supported around 1,000 people in the various services in which the duo operates.

It's a lifestyle Bouchakour never anticipated.

"I am to some extent this horse's collateral damage, I didn't ask for this. It took me a while to accept it. It put an end to my successful career as a sportsman, and as a showman. It was very complicated to no longer be the master, and to be forced to admit that when [Peyo] detects someone [is sick], I am no longer in control. When he decides, I cannot hold him back, it's a need, it's visceral, it is in him, he needs to go and cling onto the specific person he has chosen,' says Bouchakour.