A man in San Antonio has helped thousands of people with his platelets over the past 37 years. 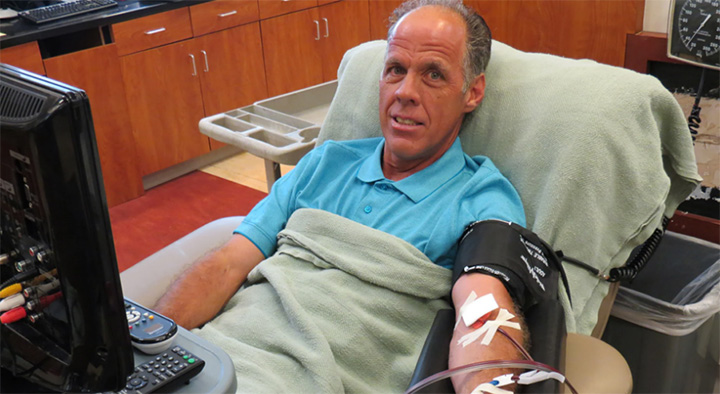 Marcos Perez has been donating platelets since 1984, right when he became of age to do so.

Perez says a transfusion saved his life when he was born prematurely and has been trying to pay it forward ever since.

"If someone was there for me, why can't I be there for someone else?" he told Fox News.

That someone was his dad's coworker, Tony Aguilar.

"Back then there was no blood bank," Perez said. "My dad had to go around and ask his family members, my aunts and uncles, cousins, friends to go donate blood and only one man stepped up to the plate."

Perez has donated 962 times and, every time, his platelets help approximately three people. His donations alone have touched the lives of 2,888 people.

On Thursday, Perez will be rewarded for hitting another milestone: donating 120 gallons of platelets.

Ashley Frolick, a specialist at South Texas Blood & Tissue Center, said that donors like Perez are vital because "the need for blood never ends."

"Donors like Marcos that come in regularly make sure we have an adequate blood supply," Frolick said. "It's really that dedication that helps patients."