A 92-year-old man was out shoveling snow for his neighbors in the freezing cold temperatures in Arkansas. 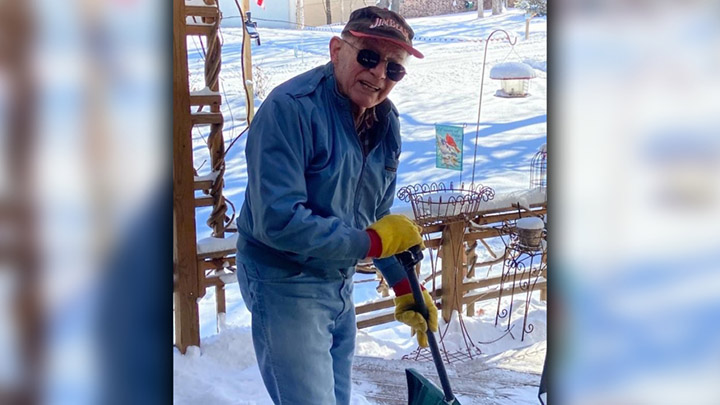 "Everyone should have a 92-year-old neighbor-hero who brings a snow shovel and shovels your driveway and front porch off," Sheridan wrote in Facebook post.

Leroy, a World War II Air Force veteran, married the love of his life, while serving in Germany. After the war, Anni and Leroy returned to the states, and eventually retired in Bella Vista.

"I love this man," one user commented.

"What a stud," wrote another.

Sheridan added thet Leroy often comes by to play with her dog, Maggie. She says Leroy and Anni are a local treasure.

"As people watch Leroy and Anni do things for other people, a younger generation witnesses and learns how to build community," Sheridan said. "The random acts of kindness are what Leroy and Anni's legacy is to our community."