Two sanitation workers in Louisiana are being hailed as heroes for saving a 10-year-old girl who had been abducted from a family member's home. 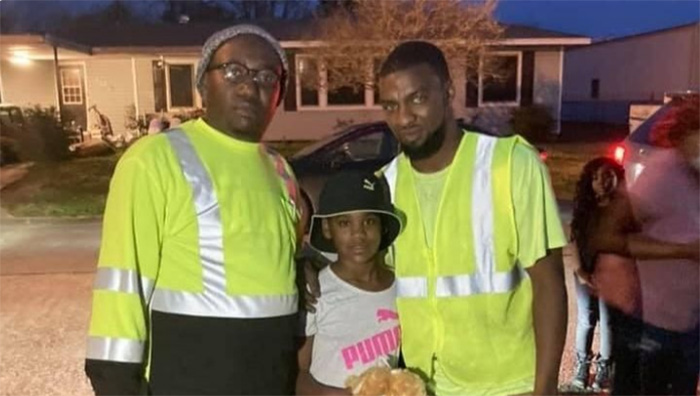 Dion Merrick and Brandon Antoine, workers for Pelican Waste & Debris, were on their shift last Monday when they spotted a vehicle matching the Amber Alert for a missing child.

"Something told me ... I said, what's that car doing off in the field like that?" Merrick said in a video posted to Facebook Live (below).

So, they pulled over their garbage truck on the wrong side of the highway and blocked the silver sedan from escaping while they called 911.

After a responding officer commended the men for their actions, Merrick began to tear up.

"She's safe right now," Merrick said, adding that he has a little girl of his own.

The suspect is currently being held at the Iberia Parish Jail without bond on charges of aggravated kidnapping of a child.

The St. Martin Parish Sheriff's Office presented Merrick and Antoine with the Citizens Award for bravery and diligence.