Tech entrepreneur Jared Isaacman will be taking St. Jude Children's Research Hospital on an "epic adventure" to space, but it will be grounded in the good it can do here on Earth. 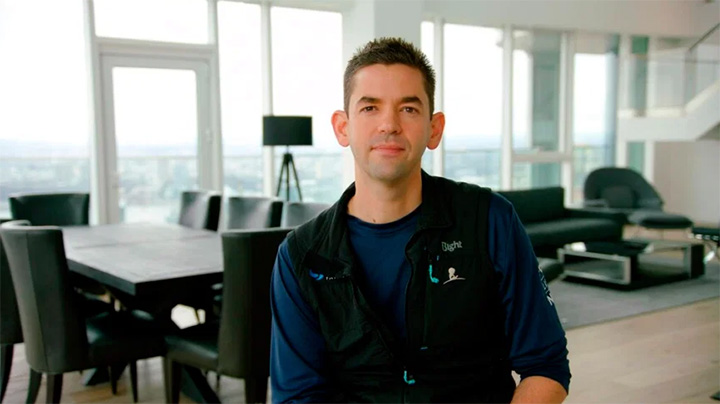 Isaacman, who made a fortune in tech and fighter jets, is buying an entire SpaceX flight and plans to take three "everyday" people with him to circle the globe this year.

The 37-year-old aims to use the private trip to raise $200 million for St. Jude Children's Research Hospital, half coming from his own pockets.

"His crew will include a St. Jude ambassador with direct ties to the mission, representing the mission pillar of Hope, and another person, representing the pillar of Generosity, chosen as part of a $200 million St. Jude fundraising initiative," St. Jude wrote on their website. "Isaacman has committed to giving $100 million to St. Jude, and all are invited to join in donating to reach the ambitious overall campaign goal in support of St. Jude's current multi-billion dollar expansion to accelerate research advances and save more children worldwide."

Anyone donating to St. Jude in February will be entered into a random drawing for the "Generosity" seat.

Isaacman has been "really interested in space" since he was in kindergarten and even recalls telling his teacher he was "going to go to space someday".

Isaacman dropped out of high school when he was 16, got a GED certificate and started a business in his parents' basement that became the genesis for Shift4 Payments, a credit card processing company. He set a speed record flying around the world in 2009 while raising money for the Make-A-Wish program, and later established Draken International, the world's largest private fleet of fighter jets.

Now he's on the verge of realizing his childhood dream — commanding a crew of civilian astronauts aboard the SpaceX Dragon spacecraft, launching from NASA's Kennedy Space Center in Florida, and orbiting the Earth in a history-making, multi-day mission.

He's calling it an "epic adventure."

"I truly want us to live in a world 50 or 100 years from now where people are jumping in their rockets like the Jetsons and there are families bouncing around on the moon with their kid in a spacesuit," Isaacman said.

"I also think if we are going to live in that world, we better conquer childhood cancer along the way."