He gets off work with just enough time to make it back to the school's campus before the morning bell.

Darby didn't decide to pick up another job this August to supplement his own finances. Instead, his earnings go toward helping low-income students and their families. 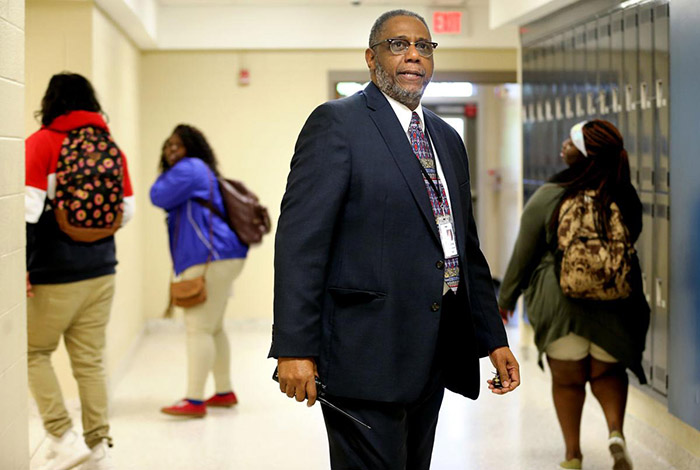 "I decided to get another job because the kids, they really need help," Darby told The Post And Courier.

Part of the reason Darby gives back to his community is because of the people who helped him throughout his life growing up. After his parents died, church members and other family members stepped up.

"I can say that people really helped me to get to where I am today," he said.

"I wish that those of us who are born of poverty and we had to struggle and we made it to at least the lower middle class, that we will look back to help others."

After the greater Charleston community heard of his commendable act, they created a GoFundMe to repay him not only for his gesture but also for being an amazing principal.

"Our goal is to raise $20,000 by the end of the month, so that the Charleston community could present a check to Mr. Darby during an upcoming event he's attending on Jan. 30, 2021," the fundraiser states.