Instead Of Charging Two Women With Shoplifting, This Police Officer Paid For Their Groceries

A police officer in Somerset, Mass., purchased a Christmas dinner for a family in need after responding to a shoplifting incident. 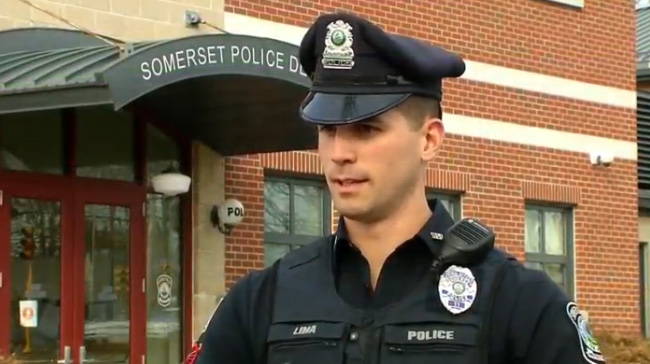 Five days before Christmas, Officer Matt Lima of the Somerset Police Department was dispatched to a local Stop and Shop for a reported theft.

"The allegation was the two females were scanning some items at self-checkout but bypassing other items and bagging those items," explained Lima. "Dispatch indicated it was two females and two young small children and they were detained by Loss and Prevention over there."

"I have two girls myself, similar on age to the two girls that were there, so it kind of struck me a little bit," said Lima.

Upon arrival, Lima said he pulled one of the adults to the side while the children, who had no idea what was going on, were occupied by store employees.

"The woman I talked to, she explained she was working, but the mother of the children was not working and had some other family issues going on and that what she had taken was Christmas dinner for the kids," the officer said.

Lima said he spoke to the Stop and Shop Asset Protection associate and checked the receipt for the items they did plan to pay for.

"There was nothing else on there like health and beauty items, shampoo, anything like that. It was all food," Lima said. "I asked an employee where the other items were that they had planned to take and was informed they were put back on the shelves."

Lima, who firmly believes in following the law, cut them a break and decided not to press charges.

"Obviously, this family was in need and I can't imagine having to make the decision to go to Stop and Shop and just only pay for what I can afford -- or do I go there and try to take things for Christmas dinner for the kids?" said Lima. "They were very thankful, they were kind of shocked. I'm sure a lot of people in that same situation would be thinking that there was going to be a different outcome, and maybe they would be arrested or have to go to court."

Lima took things a step further in an effort to help the family.

He purchased a $250 gift card so the family could buy the food the right way.

"I bought the gift card close in value to what would've been taken," said Lima. "I just did what I felt was right. It's not about me, I just tried to put myself in that family's shoes and show a little bit of empathy."