A 93-year-old veteran in Ohio is whittling walking sticks to raise money for his local food pantry. 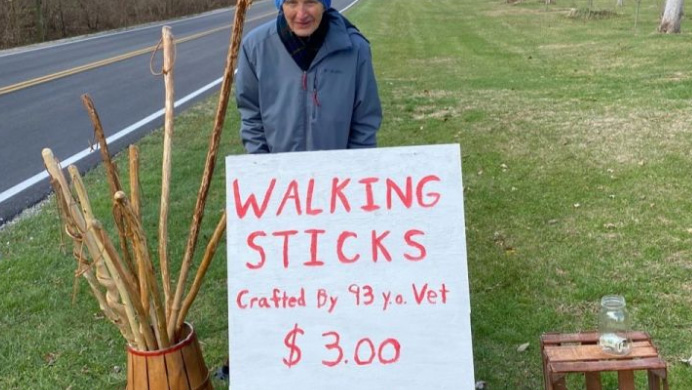 John Hobson is a retired Air Force colonel who's been staying busy in 2020 by whittling walking sticks to help those in need.

John sells his walking sticks for $3 each at the end of his driveway in Xenia, Ohio where he lives with the family of one of his four sons. All proceeds from his sales go to the Xenia Area Fish Food Pantry.

So far, he's made over 100 walking sticks and donated around $650 to the pantry.

"He's just a sweet man that gives a darn about folks that don't have nothing," John's son Mark told WKEF. 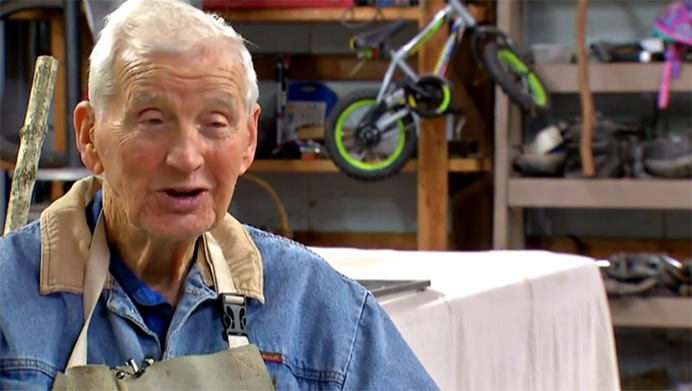 But with the recent attention on his good work, John has sold out of his walking sticks, but many are still asking how they can help.

He has now set up a GoFundMe page to help the pantry. It has raised more than $6,500 in less than 48 hours.

"To be clear, we are not selling walking sticks here," the GoFundMe page states. "The walking sticks are only available if you're lucky enough to find John at the end of the driveway :) This is simply another way to support his cause for those his story has touched."