The mystery behind a pink house atop an abandoned factory in Montreal continues.

Someone has once again scaled the 142-foot building to decorate the house for Christmas. 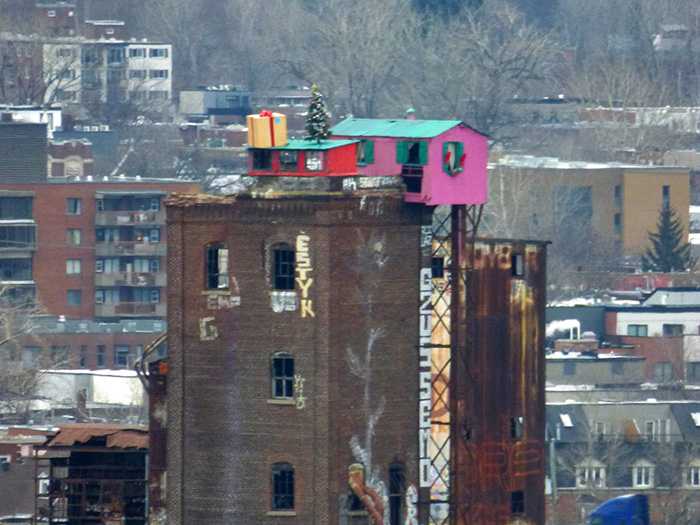 "Kudos to the perpetrators of this dastardly and very dangerous deed, they did it again!" Gabriel Jacob wrote on the Montreal Then and Now Facebook group.

"They put up a new Christmas tree on top of the abandoned Canada Malting Company plant. They upped their game this year and also put Christmas decorations on one of the windows and left a giant nicely gift wrapped gift. They even put a name tag on the gift. I can't make out the name tag, I am assuming it is made out to all the citizens of Montreal!" 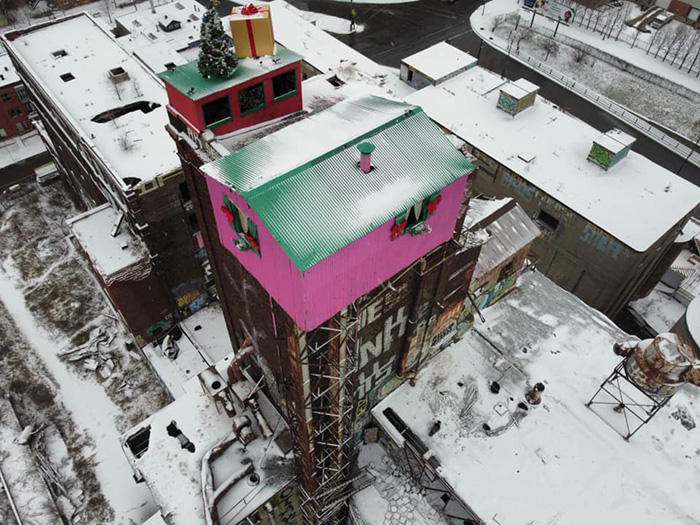 In 2019, a Christmas tree appeared on the roof for the first time. Somehow, the person(s) managed to hoist a tree to the high roof of the notoriously dangerous factory tower.

This year the daredevil trespassers went all out. In addition to the Christmas tree, decorations were placed in the cabin's windows along with a huge present on the roof. 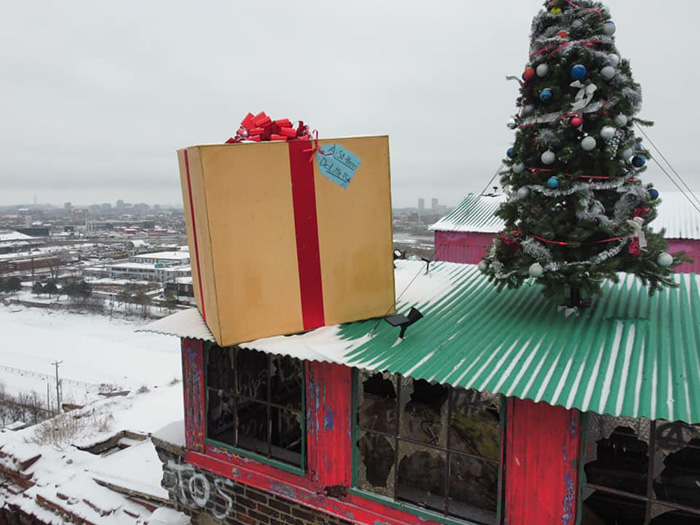 The abandoned factory's pink house has been baffling Montrealers since the bright pink paint first appeared in the fall of 2019.

The site is completely closed off to the public and, according to owner Steven Quon, extremely dangerous.

"Let me tell you, the people who did this, they're crazy," Quon said in an interview. "I've been up there before. The last 40 feet is with a ladder, outside, and it's high. Even working up there is not easy."

The factory, constructed in 1904, has been empty since 1989. Quon said that there hasn't been any electricity on the premise since then. He thinks they climbed up with a generator to power the Christmas lights.

"We found six ladders of 40-50 feet... That's expensive. I don't know if they steal them from construction sites," Quon said. "They're ladders worth a couple of hundred bucks."

Check out the video below.