Inmates at the Soledad State Prison in California rallied together to raise $30,000 for a student whose parents needed costly medical attention. 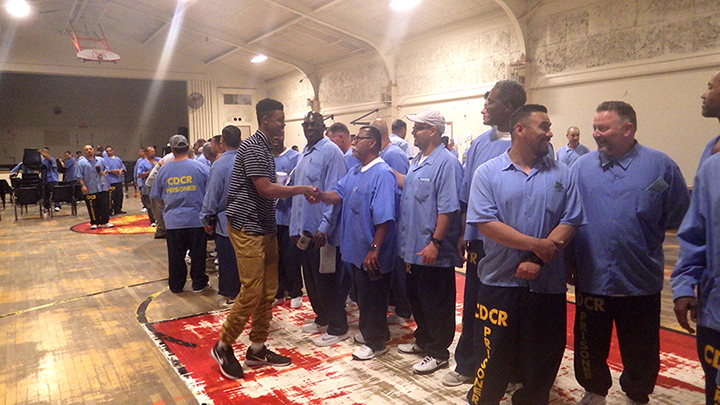 Palma School, a prep school for boys in Salinas, California, created a partnership with the Correctional Training Facility (CTF) at Soledad State Prison to form a reading group for inmates and high school students -- bringing the two groups together to learn and develop greater understanding of one another.

Jim Micheletti, Palma’s Director of Campus Ministry, created the program "Exercises in Empathy" with a focus on compassion, empathy and restorative justice. The program teams men who have been given life sentences with students to discuss themes found in literature -- which has led to more than a few surprises.

When one Palma student was struggling to pay the $1,200 monthly tuition after both his parents suffered medical emergencies, the inmates already had a plan to help.

"I didn't believe it at first," Michelleti told CNN. "They said, 'We value you guys coming in. We'd like to do something for your school ... can you find us a student on campus who needs some money to attend Palma?"

The "brothers in blue" raised more than $30,000 from inside the prison to create a scholarship for student Sy Green -- helping him graduate this year and attend college at The Academy of Art University in San Francisco.

"Regardless of the poor choices that people make, most people want to take part in something good," said Jason Bryant, a former inmate who was instrumental in launching the scholarship. "Guys were eager to do it."

One inmate donated his entire monthly paycheck of $100 to the cause, telling CNN's Lisa Ling, "I get paid to do what I do, so, why not pay it forward and give it to someone else for a change?"

Recipient Sy Green said that knowing hundreds of men made sacrifices for his education inspires him to try his best and work hard every day. He plans to continue visiting the prison on his breaks from college.

"That's only the right thing to do. Beyond the scholarship, the knowledge that they pour into you, that's, that's the best thing," Green said. "They definitely take my future serious and they genuinely do care about me as a person."

The inmates also plan to continue the scholarship program for another student in need.

"I don't feel like myself or my team or the guys who contributed to this incredible gift for Sy are special. We're just people who want to do good things," Bryant added. "If more people just decided to do good things, this world would be a better place."