A Texas woman says she is "forever grateful" for a stranger's act of kindness that happened more than a decade ago.

This year, the two reconnected. 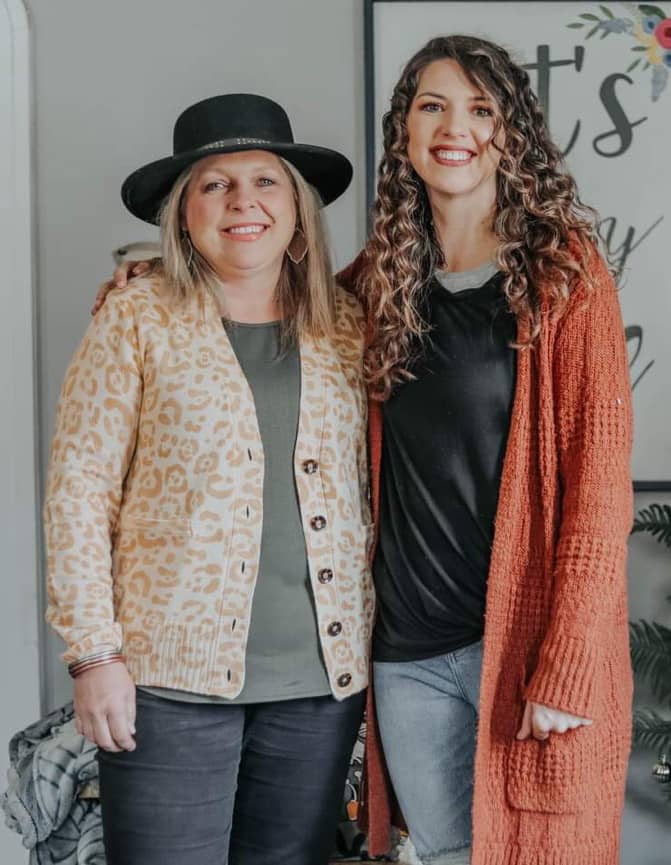 Thirteen years ago, when Hailey Allen was just 16, her mother and brother unexpectedly passed away.

The responsibility of making arrangements for the funeral fell completely on Hailey's shoulders. While shopping at her local mall for outfits for her mom and brother, an employee overheard her crying in the dressing room.

"I walked into Maurice's and every little piece of clothing I would look at I would lose it," Hailey told Brownwood News. "I decided it was too much for me to pick something for my mom right away so I started going into the dressing room and trying things for me. The only person that was working in there at the time heard me crying and asked my friend what was wrong. My friend said my mom and brother had just died and I was worried I wouldn't have enough money for something nice. I picked out what I was going to wear and when I came out the lady that worked there said ‘don't worry about anything, get whatever you need.' No one had ever done anything like that for me before."

The employee was Melissa Mullins, whose generosity helped Hailey get through a tragedy she never anticipated facing.

"Toward the end my mother was depressed, she aged overnight and she didn't have energy to look nice. I didn't see the signs of depression until it was too late," Allen said. "Because of Melissa, my mother looked more beautiful than I had ever seen her look in her casket and I have that image to look back on."

Years had passed and Hailey had moved on with her life the best she could, having a son of her own. On Mother's Day, she shared the story of her mother and brother with her son.

"This past year on Mother's Day I was talking to my son about what happened, how this kind lady paid for my mom's clothes and I was able to get her something nice," Hailey recalled. "When I was talking about it, her face came to my mind and I remembered her face. I thought she looked so familiar and I recognized her and thought I had seen her somewhere since then."

As it turns out, Hailey – while snapping pictures for her Phoenix Photography business – had recently seen the woman that helped her years ago.

"I started thinking about it and I remembered I had given away a couple of free photo shoots to some little girls and one of the girl's grandma brought her," she said. "She was the grandma, so I met her again not knowing that was her."

Once realizing she had crossed paths with Melissa Mullins again, Hailey reached out to Melissa's daughter in an effort to make contact.

"I messaged her daughter and I asked if her mom worked at Maurice's in 2006 and she said yes, so that was confirmation," Hailey said. "After that, we talked on the phone for a little bit and she texted me. She has two daughters of her own and she was picturing me as one of her daughters and what that would be like. A couple of weeks later she reached out to me again and asked if I would meet her for breakfast and we have met every two weeks on Monday and had breakfast ever since."

The text Melissa sent to Hailey is as follows:

"Thank you for your kind words. This is all just a reminder that you never know how much you can touch someone's life. You cannot imagine how you touched mine that day. It is something I will never forget. Of course I have daughters myself, it was such a powerful thing to see all you were dealing with and picturing in my mind my girls going through anything like this. I would have just prayed that they would have had someone to help them. I always wished when I thought of that I would have remembered your name so I could have kept up with you. You owe me nothing, it was an honor and a blessing to help. I have shed a few tears today remembering that day. Thank you for your kindness."

Since the two have reconnected, Melissa continues to offer Hailey support in a variety of ways.

"Recently I took some Christmas photos and she's helped me with that," Hailey said. "We haven't know each other very long but as soon as I left her house the other day she said ‘love you,' and that really got to me. It means a lot to me because I don't have any parents. Everything I've had to experience with my own child, it's just been me. I moved here eight years ago and we don't have any family here. It's kind of unheard for someone who doesn't know me at all to not just do one nice thing for me, but has accepted me like I've always been here."

Hailey has continually attempted to repay Melissa for her generosity.

"I've been trying to repay her in some way, rent a vacation home for her family for a weekend, I want to do something for her, but she won't accept anything," she said. "I wanted to do something nice for her, I wanted people to know how sweet she was so I made a video and tagged her in it."

Having gotten to know Melissa better in recent months, Hailey is even more thankful for their connection and their budding friendship.

"She continues to blow me away with her eagerness to know and love me, even though she doesn't owe me that," Hailey said. "She doesn't just do this for me, she does this for everyone she knows. This is a lifestyle for her, this is how she is. Any time I ask if someone knows Melissa Mullins they say yes, she's the sweetest. I can only hope to be this level of selfless."