Two dads in Huntingdon, Pa., decided to have a bake-off back in April. Months later, they've delivered thousands of cookies to essential workers in the community. 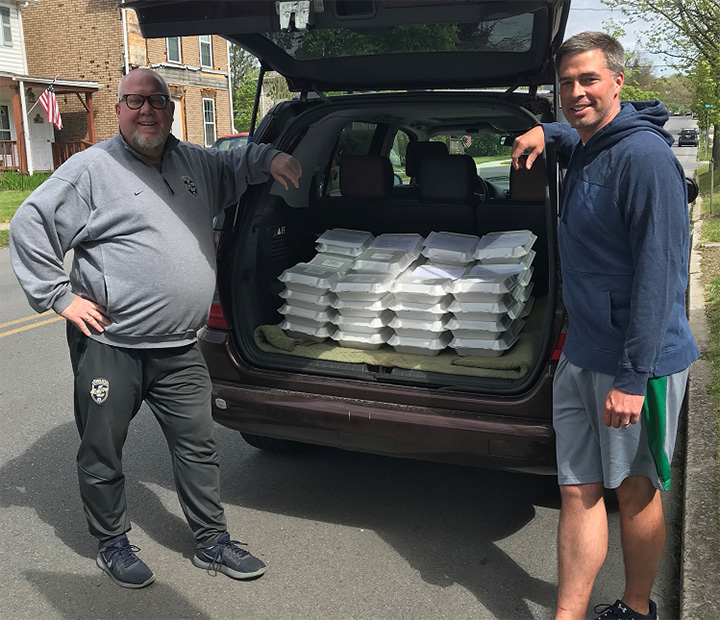 It began when Scott McKenzie, 58, was furloughed from his job. Instead of sitting around feeling sorry for himself, McKenzie decided he was going to learn a new skill every week.

"I never made cookies from scratch before, but I made them for the first time and they weren't half bad! So like everybody in my generation, I had to brag about what I did on Facebook," McKenzie told PEOPLE.

Jeremy Uhrich, 42, a longtime friend of McKenzie's, saw his post and challenged him to a cookie competition.

"He said, 'Great job, but I bet mine are better than yours'," said McKenzie, adding that Uhrich baked cookies with his sons that same day. 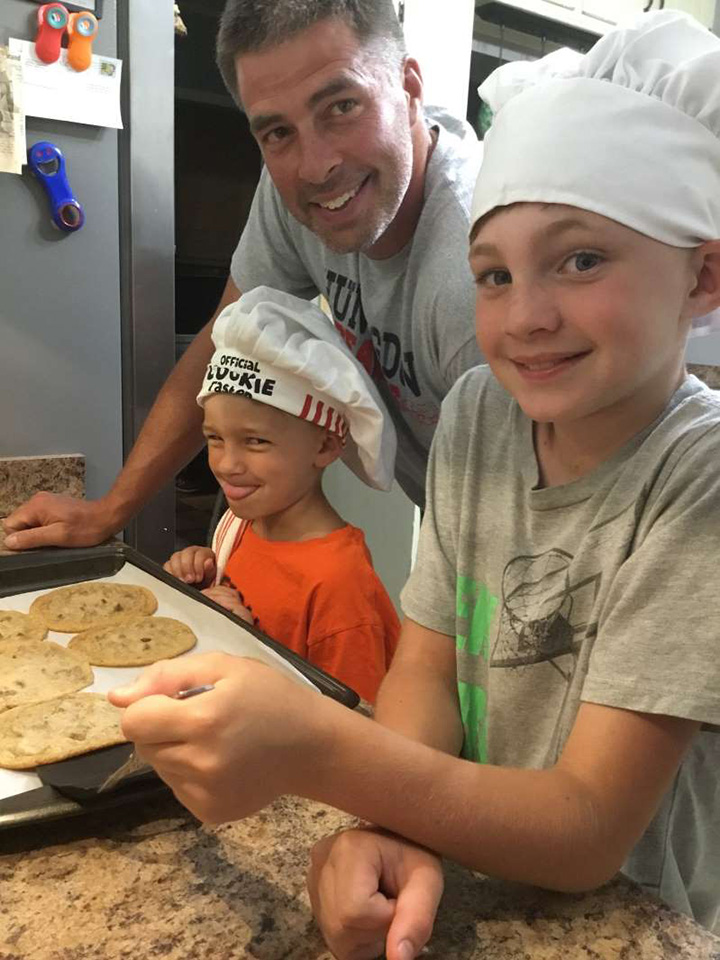 McKenzie accepted the challenge and proposed they let some of the frontline heroes in their community judge the treats as a thank-you for their help during the pandemic.

After the bake-off, McKenzie and Uhrich delivered the remaining several dozen batches of cookies to essential workers.

"We came out of it saying, 'A little bit of sugar and some flour can go a long way. We should do it again'," said Uhrich. 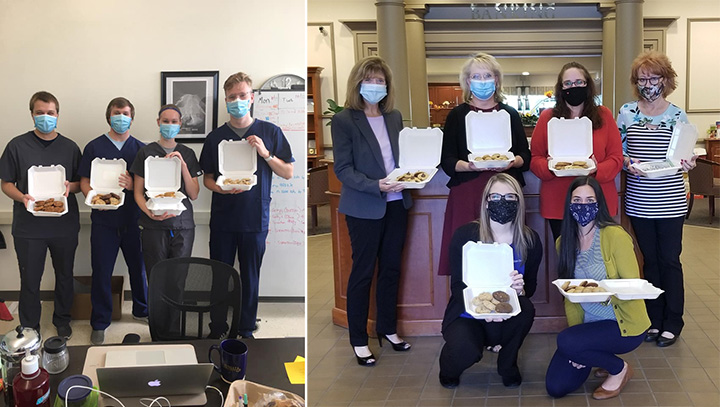 They created Cookies for Caregivers, a Facebook group where other residents could volunteer to make treats for first responders and business owners.

Since April, more than 100 people have joined the group, baking and delivering more than 15,000 cookies to workers at hospitals, grocery stores, fire departments and more.

Each week, bakers drop cookies off at Uhrich's house, then he and McKenzie organize and deliver them to the businesses in large containers.

"We've seen a lot of smiles and tears during deliveries, people are so appreciative," Uhrich says.

Cookies for Caregivers is spreading, too. Jeremy's father, Jerry, was inspired to start his own group in Hershey, Pennsylvania.

"My father has Stage 4 lung cancer, and he felt motivated to start his own group," said Uhrich, explaining that his parents have started a Cookies for Caregivers in Hershey, Pa. "They are now 20 weeks deep, and they feel as excited about what they're doing as we do."

"We've delivered to over 120 places so far — fire departments, schools, post offices," said Jerry Uhrich, 71. "For my wife and I, it warms our hearts. We get more out of it than the recipients."

McKenzie says they're planning on continuing the effort for as long as they can.

"There aren't enough people to thank," he says. "Kindness doesn't have an expiration date."