A man in Brisbane has survived a late-night house fire after his pet parrot sounded the alarm before smoke detectors kicked in. 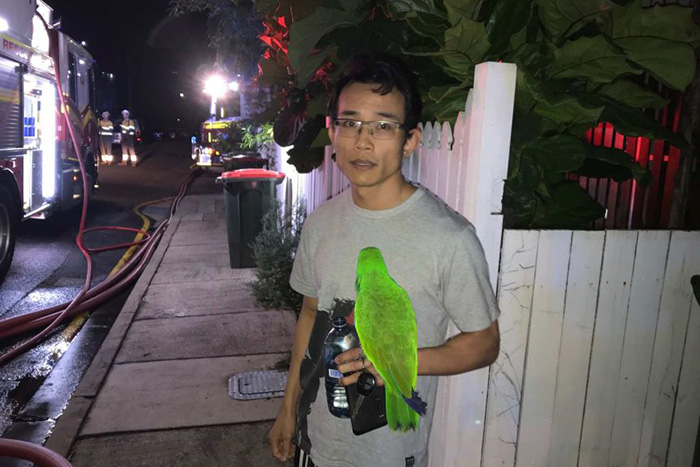 The house was engulfed in flames when crews arrived just after 2:00am local time. Anton Nguyen said he was lucky to escape uninjured after his parrot, Eric, alerted him to danger.

"There was a gentleman asleep at the time," he said.

"He heard a large bang and his parrot, Eric, actually alerted him to get out of the building and they both got out fine. There were smoke detectors [but] the bird alerted before the smoke detectors went off." 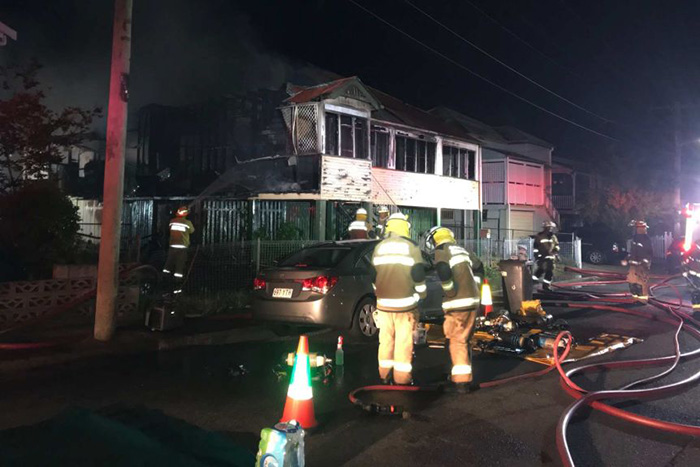 "Everything's alright so long as I have myself and the bird."