A three-year-old girl was rescued from a collapsed building in the western Turkish city of İzmir on Monday, nearly three days after a powerful earthquake. 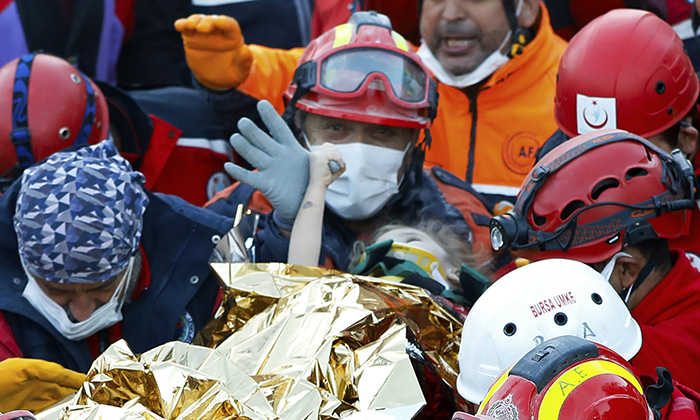 The child, Elif Perincek, was rescued on Monday morning, more than 65 hours after the devastating quake struck. She was taken on a stretcher to an ambulance as emergency crews searched for survivors in eight other buildings.

"A thousand thanks to you, my God. We have brought out our little one Elif from the apartment block," Mehmet Güllüoğlu, head of Turkey's disaster and emergency management authority (Afad), wrote on Twitter.

Friday’s earthquake, which the Istanbul-based Kandilli Institute said had a magnitude of 6.9, was centered in the Aegean Sea. There have since been nearly 1,200 aftershocks, Afad said.

While rescuers and locals celebrated the good news of finding the young girl, the search for missing people continues.