A little boy was reunited with his family after a neighbor found him walking with a large pit bull by his side. 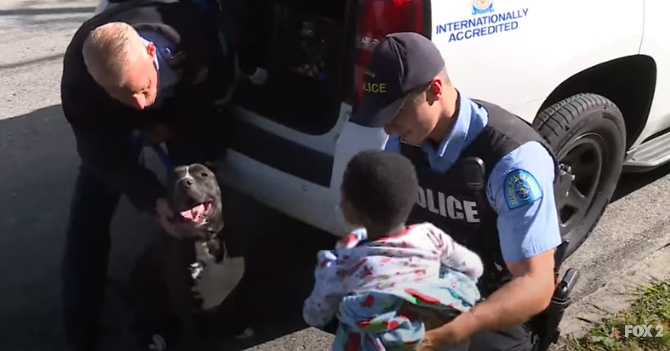 Kh'amorion Taylor walked out of his father's home and spent the morning of Oct. 1 walking through the streets in his pajamas.

A neighbor spotted Taylor and was shocked to see a pit bull seemingly guarding the young boy.

For the next few hours, the neighbor knocked on doors up and down the street trying to locate his parents, but no one recognized the child.

Taylor's father eventually recognized his son on a social media post and was reunited with him.

According to FOX 2 St. Louis, Taylor took a liking to the pit bull and reportedly kept saying "puppy" as he was being reunited with his father.