Ethan Anderson's grandfather left a bucket of baseballs at the batting cages they used to go to together in Montgomery, Alabama.

Attached to the bucket was a note. 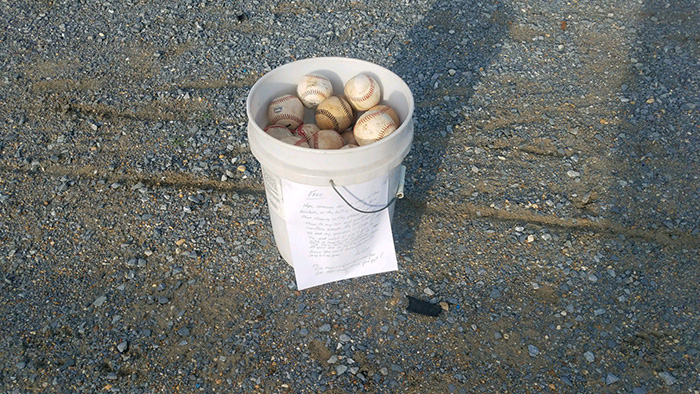 Hope someone can use some of these baseballs in the batting cages. I found them cleaning my garage. I pitched them to my son and grandson for countless rounds. My son is now 46 y/o and my grandson is 23 y/o. I am 72 and what I won't give to pitch a couple of buckets to them. They have both moved away. If you are a father cherish these times. You won't believe how quickly they will be gone.

p.s. Give them a hug and tell them you love them every chance you get!" 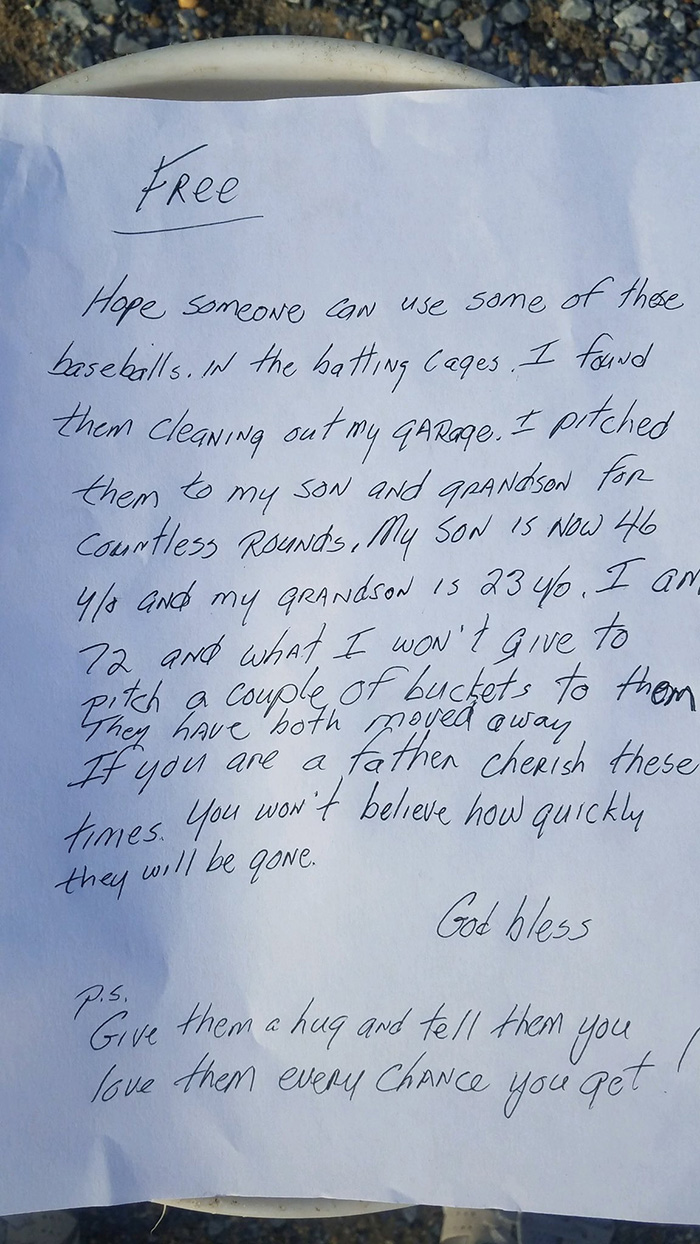 Anderson's grandmother sent him the photos which he later posted to Twitter.

"My grandad left an old bucket of balls at the batting cages we used to go to with this note on them.... I’m not crying, you’re crying," he captioned the post, which has garnered more than 200,000 likes.

Anderson said his grandfather, 72, is "just shocked, really," as to how far his little note has reached.

"He was just trying to give away some free baseballs," Anderson chuckled. "He doesn't really know anything about social media really at all."

Anderson, who lives about two hours away from his grandparents, said he "didn't realize that he missed hitting in the cages" and plans to go together this weekend.

"I've had a lot of kids younger than me telling me they'll cherish the times they have in the cages with their dads or grandads," he explained. "How they won't take it for granted anymore."

"I was the same way when I was younger, sometimes I didn't really want to go to the cages but now looking back on it, it was some really good memories. I just hope everyone can kind of take away they need to cherish those moments while they have them."