An orca who carried her dead calf for more than two weeks in 2018 in a heart-wrenching display of mourning has become a mother again -- this time to a healthy baby. 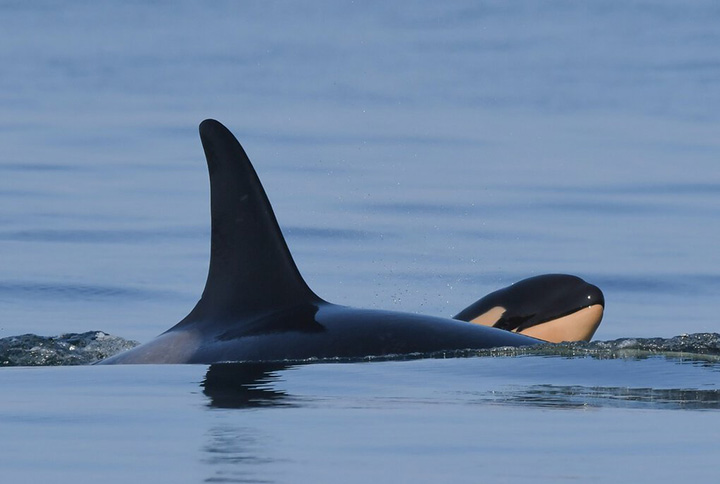 The new calf was spotted swimming alongside its mother in the the Strait of Juan de Fuca, according to the Center for Whale Research.

The Center for Whale Research, which is based in Washington state, described the new calf as "healthy and precocious."

"The calf was seen and seen to be rambunctious enough and keeping up with all three pods that were here in this region," said Deborah Giles, a whale research biologist at the University of Washington's Center for Conservation Biology.

"There was a lot of socialization going on that day ... and the calf was seen socializing with other members and keeping up with everybody and demonstrating a lot of surface active behaviour."

Giles says the last healthy calf born to the southern residents, which consists of three pods within the Northeastern portion of North America Pacific Ocean, was in May 2019.

"That's a huge amount of time to go by. Usually a population of this size and this type of animals should be having six to eight calves be born every year and live," she said.

With this new calf, there are now believed to be 73 southern resident orcas.