Julio Mora and Waldramina Quinteros have secured the title of the oldest married couple according to Guinness World Records. 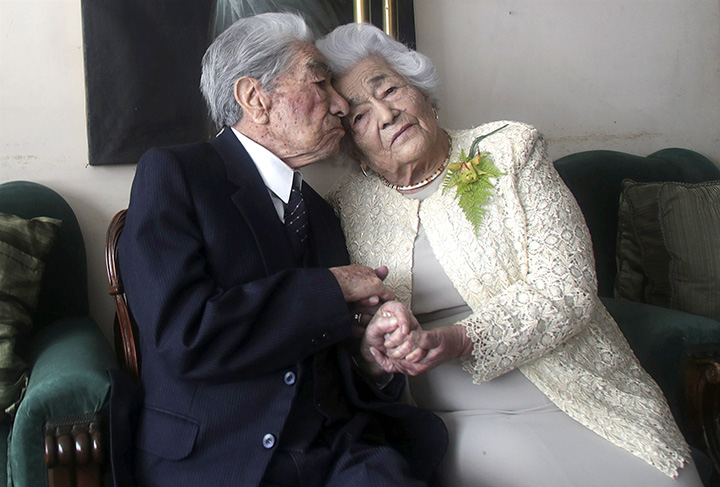 Mora, 110, and Quinteros, 104, have been married for 79 years. They tied the knot on February 7, 1941, in Ecuador's capital of Quito. It was an intimate and secret celebration because their relatives did not agree with the marriage.

"It was not easy because our relatives did not have a good relationship, but with time and patience we were able to unite them and we became an example and the best reference for the younger generations," the couple said.

There are longer marriages, but at the moment no other between people so old — a combined 214 years.

Mora and Quinteros, both retired teachers, are still in good health though relatives say they're a little depressed because they miss their big family get-togethers due to the pandemic.

Their daughter Cecilia says they're both active but "for a month they have been different, more downcast because they miss large family gatherings."

Mora and Quinteros say love, maturity, and respect are the key to achieving a long and happy marriage.

"Respect, compassion and consideration with which we maintained our relationship was very important; we never argued or fought. There were disagreements, but they were not noticeable to any of our children who also deserved respect and love."