A Taco Bell employee in Clarksville, TN, is being hailed a hero for saving a customer's life after he passed out in the drive-thru. 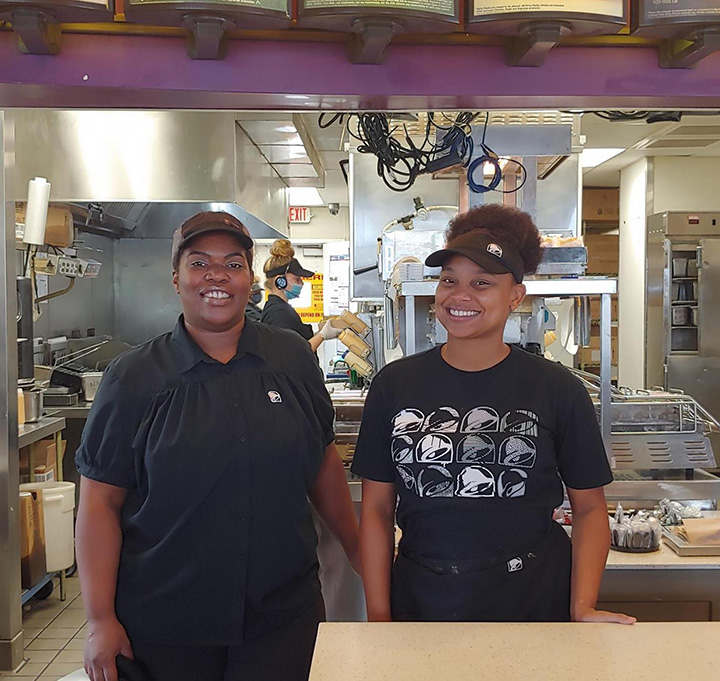 Last Wednesday, Sonja Frazier, who usually works the night shift, came in early to work to help the general manager.

About 40 minutes into the shift, Frazier and her coworkers noticed the drive-thru line had come to a complete halt.

"We were seeing cars and hearing the bell go off, but nobody was coming through the drive-thru," said Frazier. "One of my managers looked on the camera and saw a car was parked the wrong way. It looked like it'd rolled into the drive-thru line and was blocking it."

One of her co-workers, Jonathan, went outside to investigate and saw a man leaned over in the driver seat of a van.

"When I got to the back door and saw it, Jonathan yelled, 'He's passed out!' and I yelled to another employee to call the ambulance," Frazier said. "We opened the door, and he was blue. I told Jonathan to park the car, and we both pulled him out and put him on the ground. I said to put him on his left side. His hands and fingertips were blue. I found a pulse, but it was real vague. Anissa came out with the 911 dispatcher (on the phone), and they asked if anyone knew CPR."

Frazier, 37, has worked at Taco Bell for about 14 years. But she previously worked as a home healthcare worker for six years and had taken multiple first-aid courses for certification.

Frazier immediately flipped him over and began performing CPR while talking to the man and telling him everything was going to be okay. After approximately 11 minutes of CPR, first responders arrived at the scene and took over.

"I saw him grab one of their arms when they were lifting him up in the stretcher and that was when I knew he would be okay," Frazier said.

"I don't look at myself as a hero. This is what I was supposed to do. It doesn't matter who he was or what skin color he had. I knew I was there to save his life. But it really was overwhelming emotionally. After I just smoked a cigarette and cried."