'Not On Our Watch': Tim Tebow Is On A Mission To End Human Trafficking

For his 33rd birthday, Tim Tebow is asking for help in the fight against human trafficking. 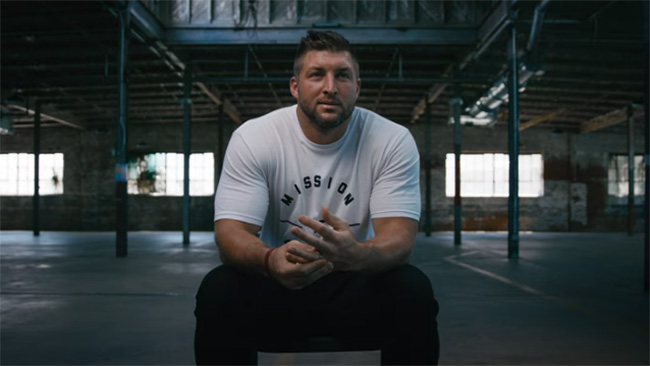 The Tim Tebow Foundation has been actively fighting against human trafficking since 2013. For the safety and security of both the victims and the rescue organizations operating on the ground, they've kept their involvement under the radar.

"We cannot stand silently and passively watch as evil rages on," Tebow said in an opinion piece. "No more will we allow girls and boys, many of whom are just children, to be bought and sold as if they were just products for someone else's personal gain."

Tebow said he first learned about the reality of human trafficking when his father purchased four young girls overseas.

"I was in my mid-20's at the time and completely unaware such a transaction was even possible. Surely I had misunderstood him," he said.

"People buy groceries. Shoes. Annual passes to Disney World. They don't buy other people. But I had heard him correctly. My dad had opened up his wallet and bought as many girls as he could with the cash he had on hand."

With no safe home to take the girls to, the Tim Tebow Foundation built them one.

Tebow says countless more human trafficking victims have been rescued by his foundation since that day.

"Meeting some of these survivors in person has been more than just a privilege, it has literally been life-changing," he said.

It's estimated that more than 40 million victims are trapped in human trafficking today, generating $150 billion annually.

"We are actively responding to the crisis by partnering with those executing physical rescue missions and those providing for the immediate needs of survivors," the TTF website states.

"We are deeply committed to supporting survivors' long-term recovery through communities of care, providing them with tools for physical, mental, emotional, social, and spiritual healing; thus empowering their liberation from the cycle of trauma abuse in their lives and find their new life of freedom in Christ."

If you would like to learn more and join Tebow's mission, visit TimTebowFoundation.org.