The King County Sheriff's office honored five teenagers as heroes for coming to the aid of a deputy under attack. 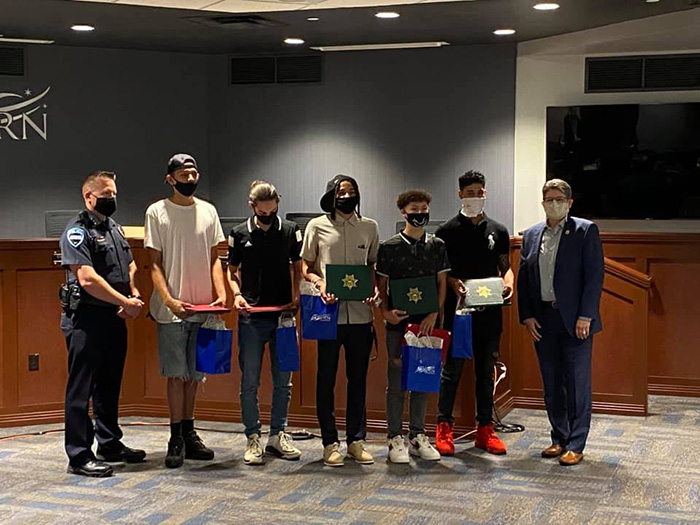 On July 18 around 1 am, Deputy Elliott was off duty, driving her patrol car home after her shift when she was flagged down in the city of Auburn, Washington.

An intoxicated man had caused a multiple vehicle collision.

As Deputy Elliott checked on all of the occupants of the vehicles involved to make sure no one was injured, the man that had just caused the collision was trying to leave the scene.

Deputy Elliott had to jog up to the male and was able to grab on to him to advise him he was not free to leave and was being detained. The suspect immediately turned around in a fighting stance with his arms up in the air. He wrapped his arms around Deputy Elliott's neck, put her in a headlock and began squeezing.

During the struggle, she heard a group of young men yell, "Get off of her!" 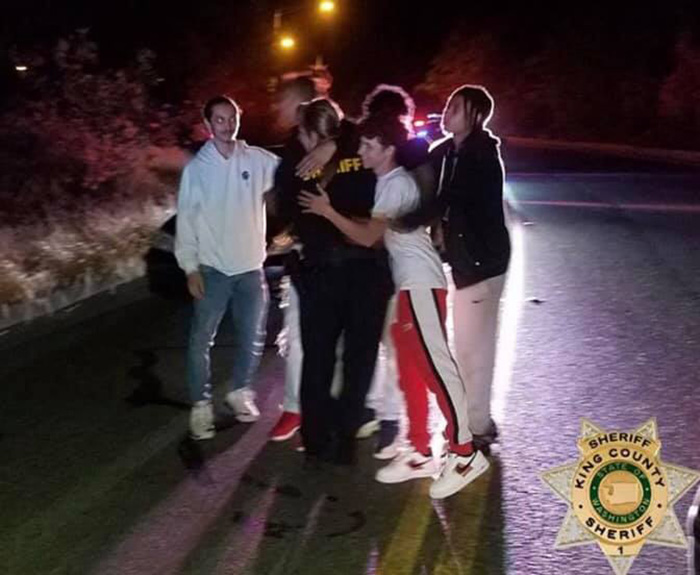 "We cannot thank these five young men enough for coming to Deputy Elliott's rescue," the Sheriff's office said in a Facebook post. "They quite possibly saved her life. The photo was taken just a few minutes after the teens helped her. Moms and Dads, you should be proud of these kids!"

The teens were given the Community Heroism Award, which represents the highest honor a civilian can receive from the sheriff.