Man Saves Coyote Pup From Drowning In River, Then Takes Him Rafting For 10 Days

A man on a rafting trip in Saskatchewan saved a young coyote from drowning and ended up nursing it back to health during his 10-day outdoor adventure. 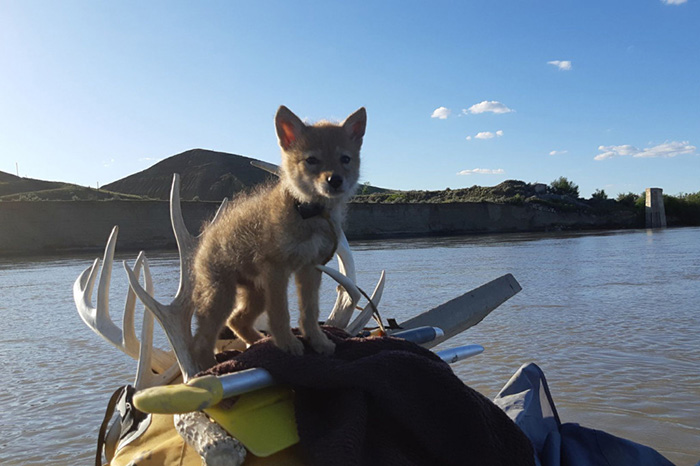 Justin was embarking on a multi-day rafting trip down the Red Deer and South Saskatchewan rivers "when he heard a commotion," the Wildlife Rehabilitation Society of Saskatchewan wrote in an Instagram post.

"He said it sounded like a dog fight so he parked his raft and hiked up to a higher elevation to investigate. However, he wasn't able to see anything so he went back to his raft to go fishing.

While he was fishing, he heard something in the water squeak - and that's when he saw some sort of animal swimming in the river! It's nose was barely above the water and the water was so dark and murky that Justin couldn't initially tell what kind of animal it was." 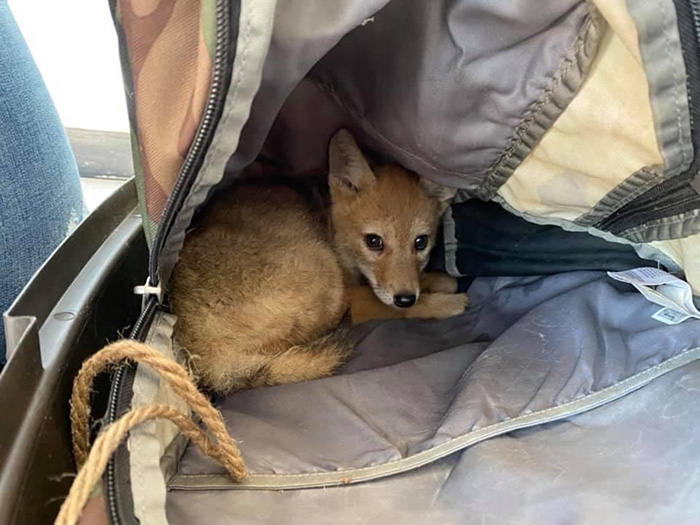 "Justin tried to reach for the animal but ended up falling in the freezing cold water as well. Luckily, Justin was somehow able to locate the animal - a coyote pup! - in the water AND catch his raft before it floated away for good!

Unfortunately, when Justin brought the animal back to his raft, the little coyote pup was unconscious and didn't seem to be breathing. The pup was lucky yet again as Justin had experience with CPR and was able to do a modified Heimlich manoeuvre by pushing on its belly. After a few pushes, water squirted out of the coyote's nose and he was breathing again! Justin and his new friend were both soaked so they ended up back on land again where Justin made a fire and tried to warm the little guy up." 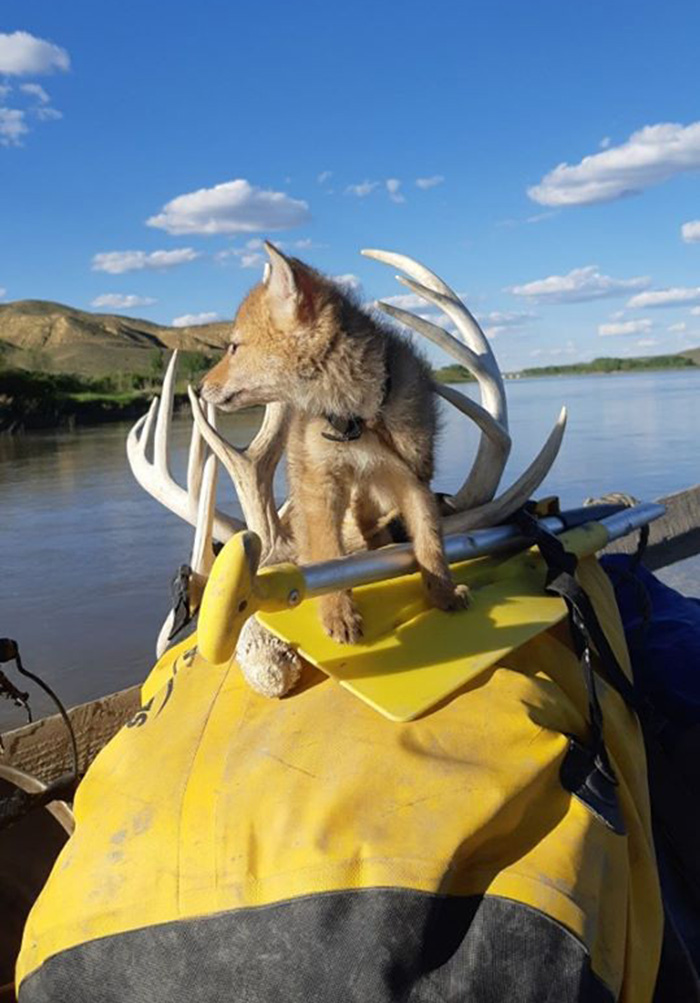 "As Justin was rafting and had limited service over the next 10 or so days, he kept the coyote with him and cared for him the entire time! The little pup would eat with Justin, cuddle in his jacket, and sleep in his backpack while they rafted down the river. Justin ended up naming the little guy YipYip and took really good care of him throughout the trip. Eventually, Justin was able to find a place where he could get service and call his wife for advice. Initially, they contacted organizations in Ontario and Manitoba, before they connected with the Swift Current SPCA who got him in touch with us!

Our amazing volunteer Samantha in Swift Current helped coordinate the transfer and now YipYip is with our wonderful rehabber Melanie. He will be taken care of until he is old enough to be returned to the wild! If it wasn't for the wonderfully caring Justin, little YipYip would have perished in the river. Thank you Justin!"