A security guard for a grocery store in Scotland has "made a lot of people happy" after a photo of him using his umbrella to shield a dog from the rain went viral on Twitter. 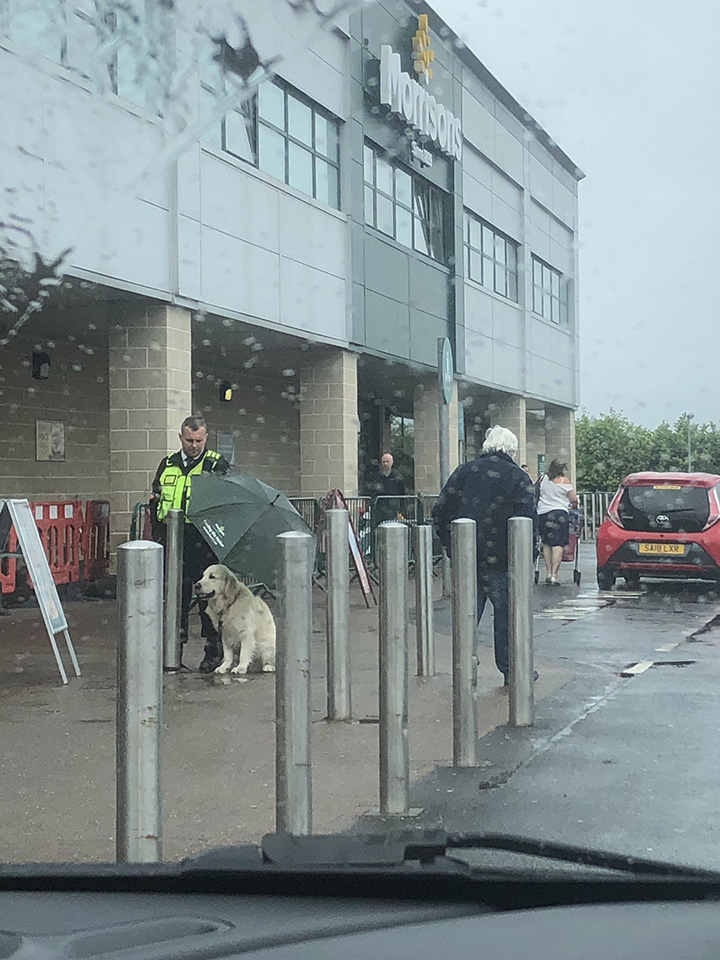 Ethan Dearman, a security guard at a Morrisons grocery store in Giffnock, was spotted sharing his umbrella with a dog who was left outside.

The 23-year-old has worked at Morrisons for two months. When it started raining, he grabbed one of the store's extra umbrellas for Freddie, the dog who was patiently waiting for his owner.

"I try to keep an eye out for dogs," Dearman told Insider. He said this wasn't the first time he's held an umbrella for a dog. A day before Freddie, he was helping a husky stay out of the rain.

The photo of Dearman and Freddie has garnered more than 155,000 likes on Twitter.

"Shout out to this @Morrisons security man keeping this good boy dry. He said 'well you never know how dogs feel about the rain'," @MelGracie_ tweeted.

"@Morrisons you need to recognise this guy and make him aware of how much the world loves him," one user replied.

The owner of the dog, David Cherry, later posted on Twitter, to thank Dearman for his act of kindness.

Our dog Freddie has went viral after kind security man put up his umbrella for Freddie when it started raining at the Morrisons near my parents house. Good community vibes. People looking out for each other. He’s always nice to my Dad and brother, it’s nice to hear nice things 😊 https://t.co/VhBAjVSYln

Dearman responded to all the tweets, writing: "Looks like I made a lot of people happy today."

He told Insider the response has been overwhelming.

"It allows me to cross one thing off my bucket list: becoming famous for doing something good," Dearman said.