Police Officer Pulls Over Driver For Brake Lights, Then Fixes The Electrical Problem

This good news story was posted on social media by Jesse McFadden in Montana.

We think these stories are so important to share, now more than ever. 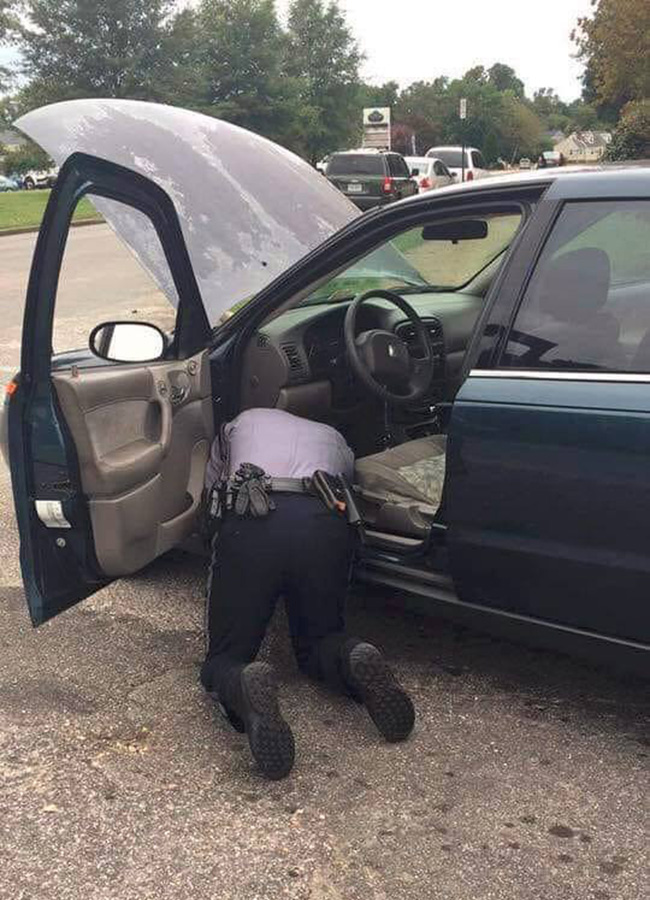 This is what Jesse wrote:

"So I'm on my way to go to my interview this morning in Montana when I get pulled over.by a Montana police officer.

I am native American and my friend that was with me is black. Just saying.

Both brake lights decided to go out this time.

As he walked to the car and I was pulling out my stuff, he quickly said, "Don't worry about pulling anything out.

I just want you to know that your brake lights are out."

So I'm immediately upset, because I just got them replaced like last month.

I explained to him how Firestone wants to charge me $600 just to run a test on the wiring of the car.

He asked me to pop the trunk.

He checked the lights in the trunk and tapped them, but they didn't come on.

He worked on the wiring under the dash.

He could've easily given me a ticket, but Officer Jenkins stepped out of his police officer role — and into mechanic role and really kind human role to make sure I was safe.

By the way HE FIXED THEM."