A family in Ohio found and returned the missing dog tag of a marine who died in 1974. 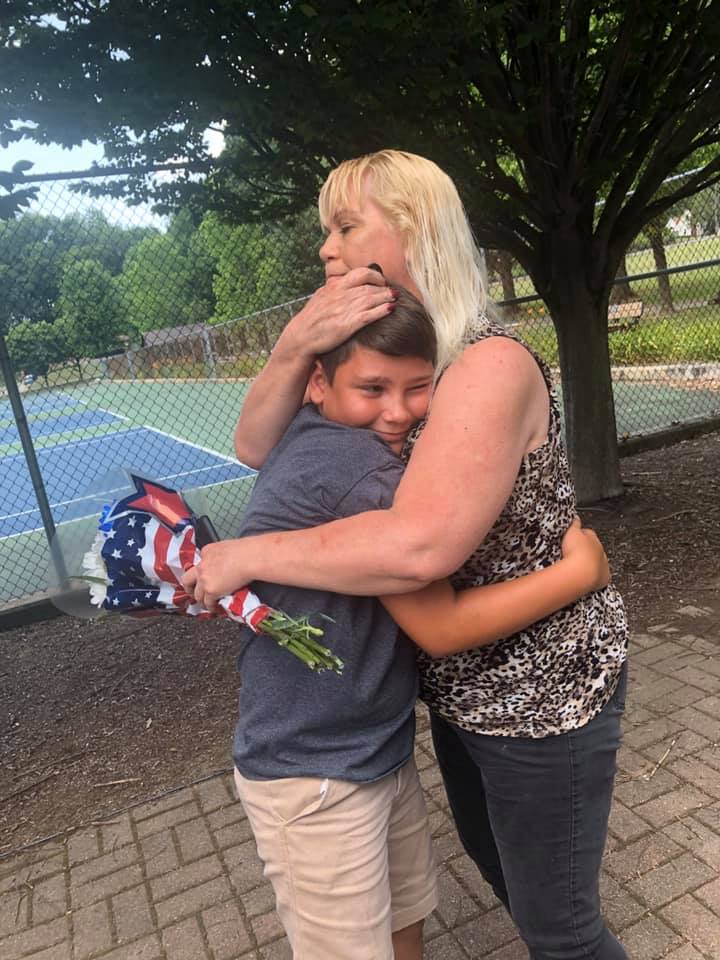 Last week, Kolton Conrad, 12, went kayaking with his father and brother down the Hocking River during a "guys day out".

Stopping at a beach, the Conrads were picking up trash when Kolton noticed something shiny in the water. When he went to investigate, he found a dog tag.

The name on the tag read Rhonemus. 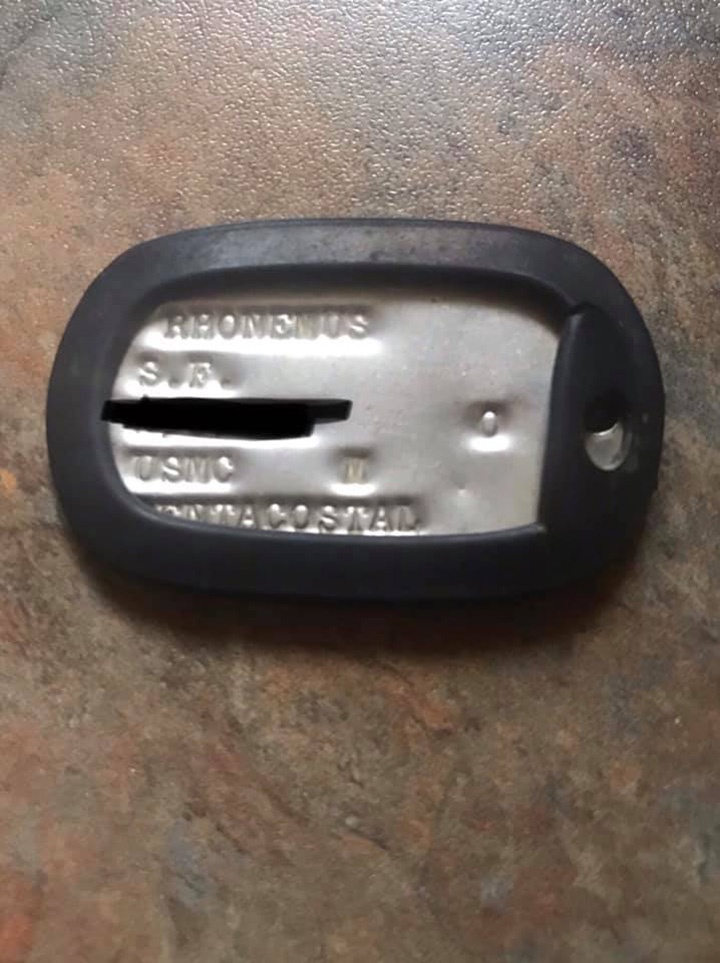 Once they returned from their trip, Kolton's mother Ashley posted a photo of the dog tag on Facebook to see if anyone might know who the tags belonged to.

"Rhonemus doesn't seem like a very common name, so we thought it should be pretty easy to find who it belonged to. So we put it on Facebook, and within about six hours someone got in touch with us," Ashley told the Lancaster Eagle Gazette. "That woman put us in contact with Kimberly Greenlee, the dog tag's owner's sister. We knew we had to get the tag back to her, so we arranged to meet."

"She asked where would be a good place? I said Rising Park... She replied with 'oh my goodness, yes, this was his favorite place to go'."

Greenlee's brother, Steven Rhonemus, served in the US Marine Corps before he was discharged due to an injury. She said he died after he was injured in a motorcycle crash in 1974. She said she wasn't sure how the tag ended up in the river, but she did say he loved the outdoors, so it could have been lost when he went with his friends to the river.

When she heard the Conrads had her brother's dog tag, Greenlee said she knew she had to give it to her niece, Danielle, who hadn't been born by the time of Steven's death. Not only did she not have the chance to meet her father, but there was a fire shortly after his death, and they'd lost pictures and other items. Getting her the dog tag was one way Greenlee said they could give Danielle a piece of her father.

"It was emotional when she got it," Greenlee said. "She said it felt like God was letting her know her dad was with her and watching over her."