Tennessee authorities said a rescue dog became a hero on the Fourth of July by alerting her owner to a house fire next door. 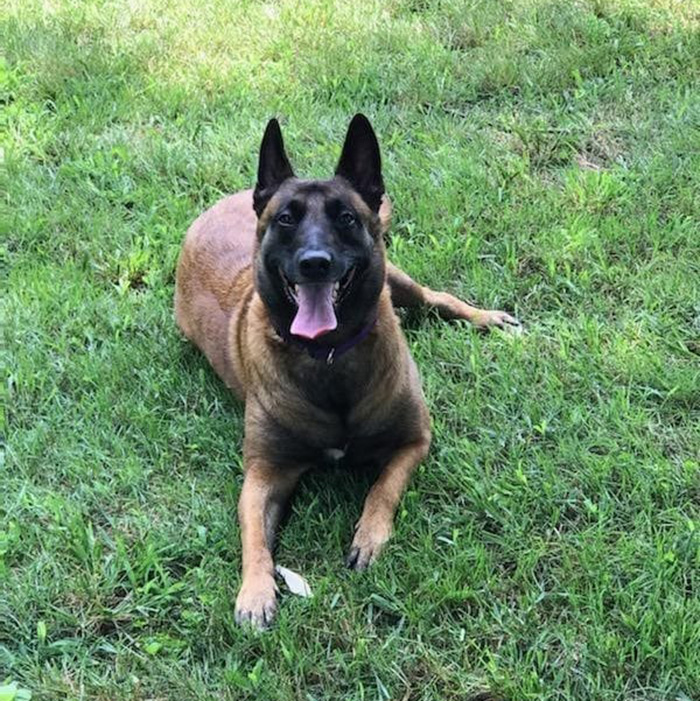 Jeff LeCates said his three-year old rescue dog, Roux, was barking “frantically and unusually” at his front door just before 10:45 PM last night in the Twin Oaks neighborhood, about 21 miles south of Nashville.

When he opened the door to investigate, she went flying out. He followed and discovered his neighbor's house was on fire.

LeCates immediately pounded on their door, waking the family of three and their pets, who escaped unharmed. He used a garden hose on the fire until firefighters arrived.

In a twist of fate, Roux and LeCates would have never found each other if not for the woman who lives in the home that caught fire.

The woman is a dog groomer and the reason LeCates adopted Roux 15 months earlier. She knew that LeCates had lost his German Shepherd. She also knew that Roux, who is a Belgian Malinois - a breed similar to German Shepherds, was in need of a home.

She helped to facilitate the adoption.

According to Franklin Fire Marshal Andy King, fireworks caused the fire, resulting in approximately $50,000 in damage to the home.