Afghan Interpreter Who Saved Multiple US Lives Becomes US Citizen

Janis Shinwari and his family celebrated their first Fourth of July as US citizens. 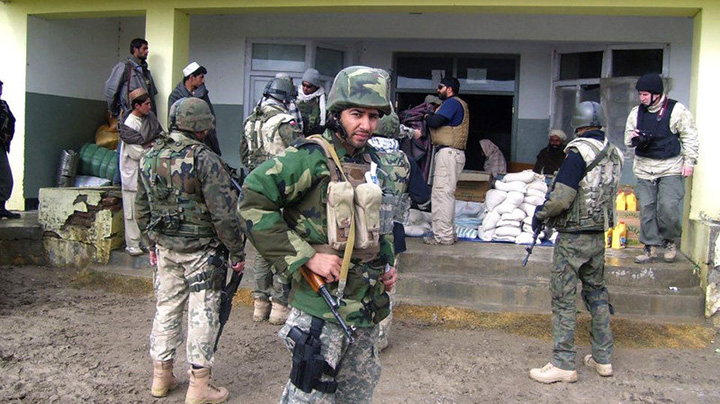 Shinwari, 42, worked as an interpreter with the US military for eight years in some of the most dangerous parts of Afghanistan.

Knowing he was risking his life and endangering his family, he managed to save the lives of five American soldiers, including one who helped bring Shinwari and his family to the US.

As an interpreter, Shinwari wasn't supposed to fight when he joined the US military.

But during one particularly ambush in 2008, Shinwari saved the life of Capt. Matt Zeller, an American soldier he had only met 10 days earlier.

"I saw Matt Zeller, that he was alive in a ditch and there were two Taliban behind him to kill him," Shinwari told NPR. "I shot the two Taliban and I saved Matt Zeller's life."

Zeller recalled Shinwari standing above him and saying, "I'm Janis. And I'm one of your translators. You're not safe."

"Since that time, we become even closer than brothers," Shinwari said.

ICYMI: Yesterday, @HomelandKen joined a naturalization ceremony welcoming 20 #NewUSCitizens at our Washington office. Included were Mr. Janis Shinwari & his wife. Shinwari was a translator alongside our troops in Afghanistan & saved the lives of 5 Americans. Congrats to all! pic.twitter.com/CJgrqIiMBb

That incident landed Shinwari on a Taliban kill list so he spent most of his time on a U.S. military base near Kabul for his own safety.

"That was really hard for me that I couldn't see my kids for a while," he said. "The saddest part was that my kids couldn't go outside to play with the other kids because of some security reasons. They were home all the time."

During that time, Zeller worked tirelessly to help Shinwari and his family.

Shinwari and his family finally obtained a visa in 2013. Zeller launched a GoFundMe campaign that raised $35,000 for the Shinwaris' expenses.

But Shinwari declined the money.

Instead he and Zeller used it to set up No One Left Behind, a nonprofit that works to bring interpreters to the U.S.

"We are happy. But I'm not happy about my coworkers, about my brothers and sisters that served the US government in Afghanistan and Iraq, and they are still left behind," he said. "I will fight for them, to get them here. And we will not stop fighting. It doesn't matter how long does it take. But I will fight for them."

Shinwari, who enjoyed his first Independence Day as a US citizen, says he's grateful for his new life.

"The best part is you're safe. You don't have to worry, you can sleep well. Once you are here, you're free," he said.