A teenager in Buffalo who spent 10 hours cleaning up after a protest has been rewarded for his efforts by the community. 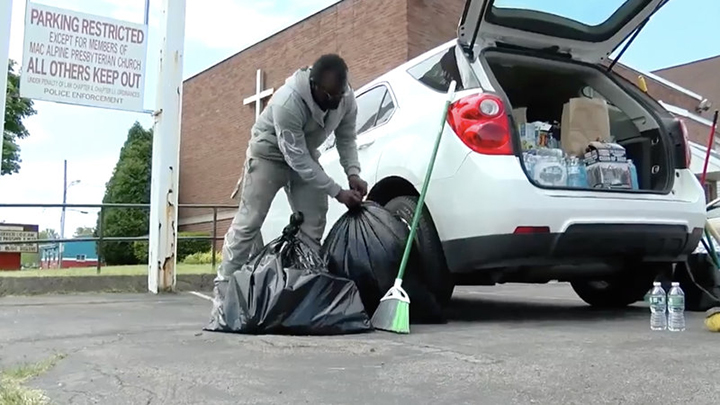 Antonio Gwynn Jr. started at 2 a.m. and did not stop cleaning for the next 10 hours. When an organized group of neighbors arrived later that morning to assess the damage, they found that Gwynn had already done most of the work.

Gwynn, an 18-year-old high school senior, said he saw on the local news that Bailey Avenue in Buffalo was covered in glass and garbage, and he knew people needed to use that street to get to work in the morning.

Word spread of how Gwynn single-handedly took action and his community rewarded him. 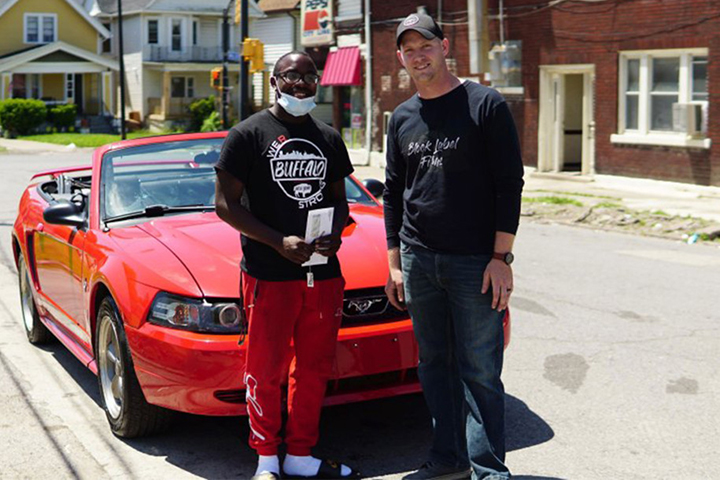 Gwynn has been offered a full scholarship to Medaille College and a 2004 Ford Mustang convertible. He's even getting a year of free auto insurance, courtesy of local businessman Bob Briceland.

"We just need to get together our whole city and show people how there's so many good people here," Briceland said.

The car was gifted to Gwynn by Matt Block, who said he saw Gwynn's story on the news and decided to give him his Mustang. Block, 27, told CNN the car is one he wanted since he was a child, but these days he is only using it occasionally. He saw Gwynn ask for some car buying advice on Facebook, and Matt decided to offer up his sports car.

It turns out that gift has more meaning than Block ever imagined. Gwynn's mother, who passed away in 2018, also drove a red Mustang. When he realized the coincidence, Gwynn says that he was so shocked he "didn't have any words," and Block says it gave him "goosebumps."

Gwynn is thankful for the community response, saying, "I appreciate everything everyone is doing for me."