'I Just Wanted To Say Thank You': 70 Years After Nearly Drowning, Ken Beeton Thanks His Rescuer

Ken Beeton was just 18 months old when he fell into the river behind his family's hotel in New South Wales.

Ken Gibson, who was 9 years old at the time, pulled him from the water and saved his life. 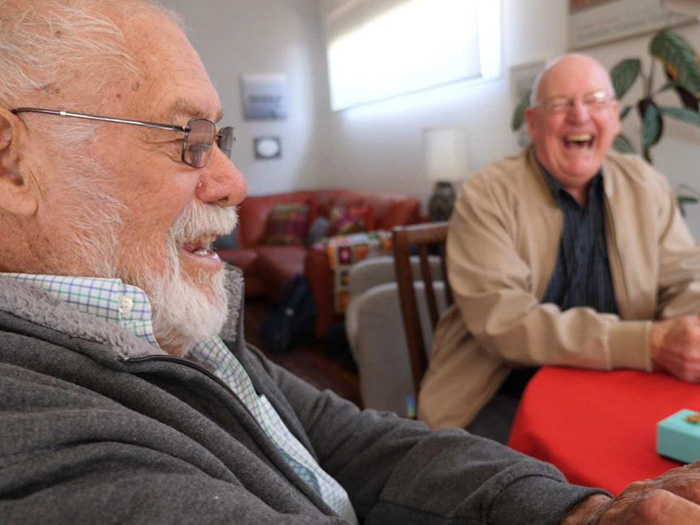 It's been 70 years since the incident, but the event was not forgotten by either family. Beeton and Gibson were not in touch again after that day and for decades Beeton hoped to find his rescuer.

After an extensive search, 70-year-old Beeton finally reunited with 78-year-old Gibson. The pair met in Newcastle, in the NSW Hunter region.

"I can remember him struggling and I just remember the red hair, I just reached over the edge of the wharf and dragged him up onto the bank," Gibson recalled.

Gibson said Beeton's father gave him an unexpected reward, in the form of a gold badge.

"This, what appeared to be a giant of a man, standing over me crying and giving me this badge," Gibson said.

He kept the badge after all these years, saying it reminded him about the boy he rescued. At their reunion, Gibson surprised Beeton by handing the badge back.

"It belongs to you, it belonged to your dad," Gibson said.

The badge was given to Beeton's father during World War II for helping erect a communication tower that was knocked down in Darwin after the city was bombed.

"I didn't expect that," said Beeton, adding that he wished he had found Gibson before his father passed away.

"I think my dad would be overwhelmed to see this medal again, he'd be very glad to see it," Beeton said.

Watch the emotional reunion below.