Waitress Brought To Tears After Local Musician's Act Of Kindness

A local musician in Smithfield, North Carolina, is raising money to help people who are financially struggling during the Coronavirus pandemic. 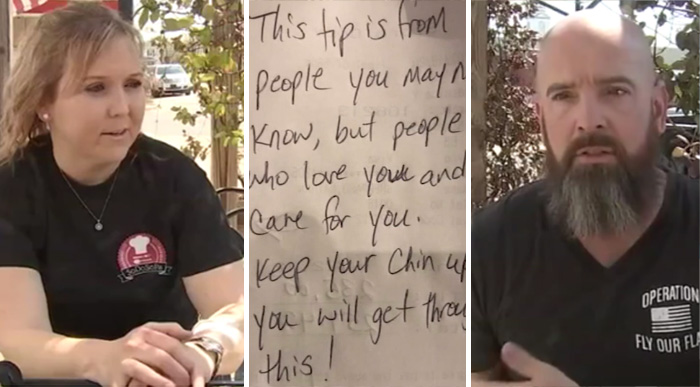 Nathan Sheppard took his talents to Facebook Live, playing his guitar and asking for donations to help out someone in need.

In one day, Sheppard raised $235, which he used to tip a local waitress. By chance, that person ended up being Jessica Young, a single mother of three who is waiting for a new kidney and pancreas.

"I cried," Young told ABC 11. "I waited tables and bartended for quite a long time and nothing like that has ever happened so I was very gracious."

But Sheppard didn't stick around to see those tears.

"It wasn't about me. All the other people that donated, those are the real heroes," Sheppard said. "To know that maybe that was a little weight taken off her shoulders ... mission accomplished." 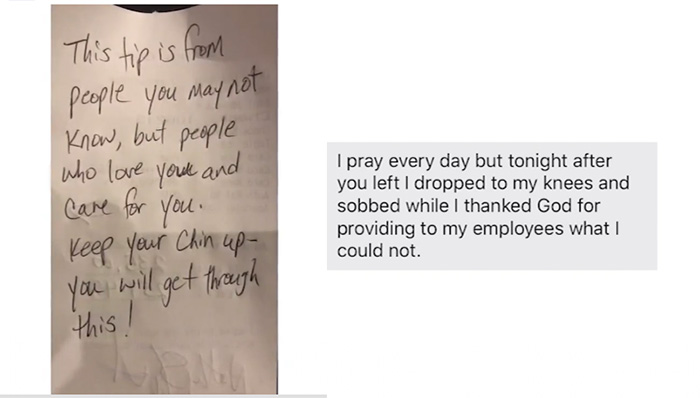 After Sheppard left that night, the restaurant owner Tracey O'Dowd sent him a text that said "I pray every day, but tonight after you left I dropped to my knees and sobbed while I thanked God for providing to my employees what I could not."

Young, who has Type-1 diabetes, is at the top of the list for that new kidney and pancreas, but she recently received news she wouldn't be able to have the surgery because of the current COVID-19 pandemic.

It made Sheppard's act of kindness that much more meaningful.

"It helps me tremendously," she said. "Worrying about everyone being taken care of and my kids, it's just a relief."

Sheppard said he hopes to continue doing acts of kindness like this one each week for as long as possible to help the community get through this together.

"I was the rock that was thrown in the pond," he said. "I want to create a ripple effect. I would love to see other people doing this."