Last Sunday, the Joinville Volunteer Fire Brigade in Brazil responded to an unusual request: the rescue of a baby doll named Nico. 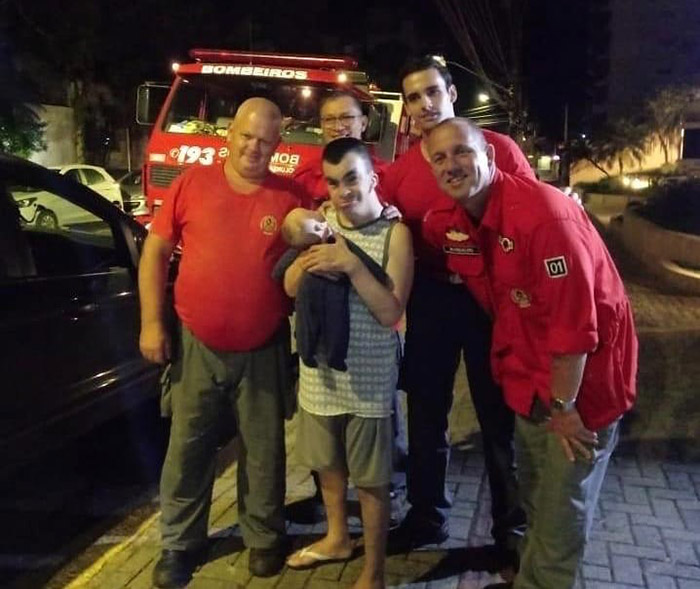 Nico is Sérgio da Silva's best friend, who had fallen from the third floor of the building where he lives while "sunbathing".

It was about 10pm when firefighters José Custódio Farias, Pedro Fleith, Heveraldo Barbosa dos Santos and Valdecir Preusser, who were on duty, went to the center of Joinville to help Sérgio.

The 49-year-old from Santa Catarina has an intellectual disability, caused by a lack of oxygen in the brain during childbirth. Therefore, his mental development did not exceed six years of age.

Nico was a gift given by the family. The doll accompanies Sérgio wherever he goes.

"He has clothes and changes every day. Sérgio takes the doll to brush his teeth when he brushes his and celebrates Nico's birthday together with his. He stays with Nico all the time, except when he goes to classes at Apae. Then, he tells the doll to be nice and take a nap while he is away," said Sérgio's sister, Solange da Silva.

Hence the urgency to save Nico after he fell off the balcony and ended up on the roof of the building's garage.

"He kept going to the balcony and looking at the doll down there, and he was crying and talking to him. We didn't know what else to do, except call the firefighters to help," Solange said.

Without much hope, she called the fire department thinking she would not be taken seriously. The dispatcher at the Emergency Center understood the situation and sent a unit to help the family.

"When we were told it was lying on a roof, I imagined it was on top of a house. I didn't understand anything when we arrived and it was a building, until I saw where the doll was. There is a passage of about three meters and another of four meters high. Then there was the roof. We went up to see where he was, but we couldn't get on the roof because we didn't know what it was like underneath, it wasn't a thick roof", said fireman José Custódio Farias.

With the help of a bow, they threw a rope onto the roof until it hit the doll. Then, little by little, they closed the loop until Nico was caught by the rope.

"We tried to pin it down, we thought of other ideas, but nothing was working. It was improvised, there was no other way to do it ", recalled Farias.

Meanwhile, the family took Sérgio for a ride to distract him. When he got home and saw Nico in bed, he cried tears of joy.

On Tuesday, the fire department returned to visit him. Sérgio promised that Nico will now be "well away from the balconies". 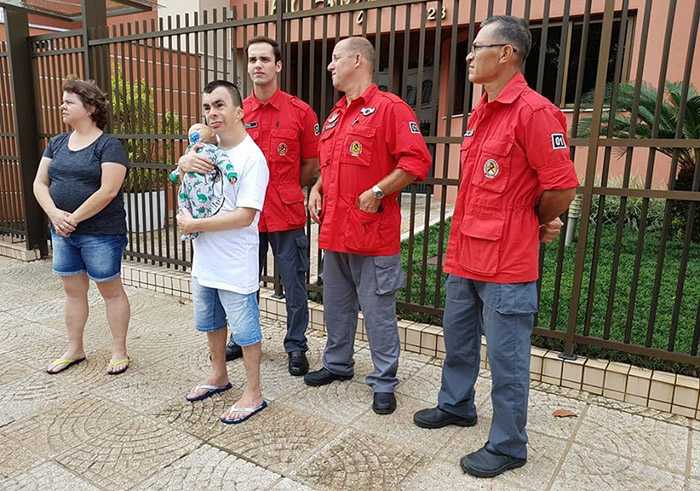