Over the last 20 years, Aditya and Poonam Singh have bought tracts of land which shares its boundary with a tiger reserve just to let the forest expand. 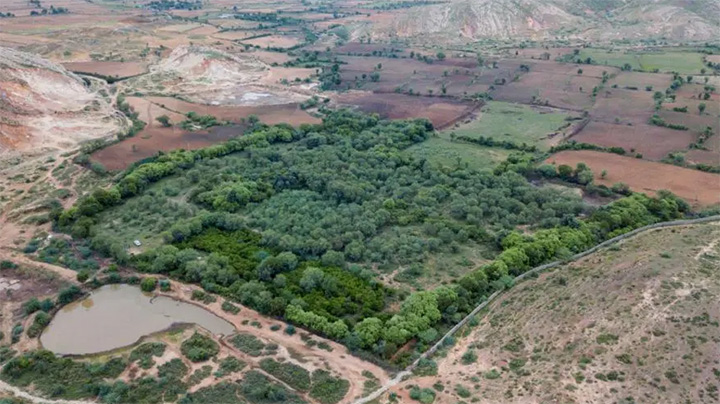 The land bought by the Singhs

Photographer Aditya Singh quit his civil services job within a year of joining, left Delhi and moved to Sawai Madhopur city in Rajasthan just outside Ranthambore Tiger Reserve, to be closer to nature.

Over the last two decades, Singh has bought about 35 acres of land adjacent to the tiger reserve. The landholding is now a lush green forest patch that is frequented by wild animals, including tigers, throughout the year.

"The area is called Bhadlav. I had first gone to this area soon after settling in Ranthambore along with a BBC filmmaker. This area adjacent to the boundary of the Ranthambore reserve was visited by predators like tigers who used to come for prey. As a result, farmers were selling their land," Singh told Mongabay-India.

To afford the land, Singh worked as a photographer and his wife Poonam and he opened a tourist resort there to earn their living.

During a conversation with Mongabay-India, Singh admitted that he is often subjected to questions for not carrying out projects on his land which is now well worth over Rs. 10 million despite getting so many proposals.

"Money was never the consideration. It is just about my love for nature and wildlife. Instead, these days I am getting queries from people across India who want to replicate a similar model in their state," he said.

Singh says he plans to buy more land adjacent to his fields and hopes to inspire others in the area to follow suit.