Two best friends at a Pennsylvania retirement home are proving it's never too late to achieve your dreams. 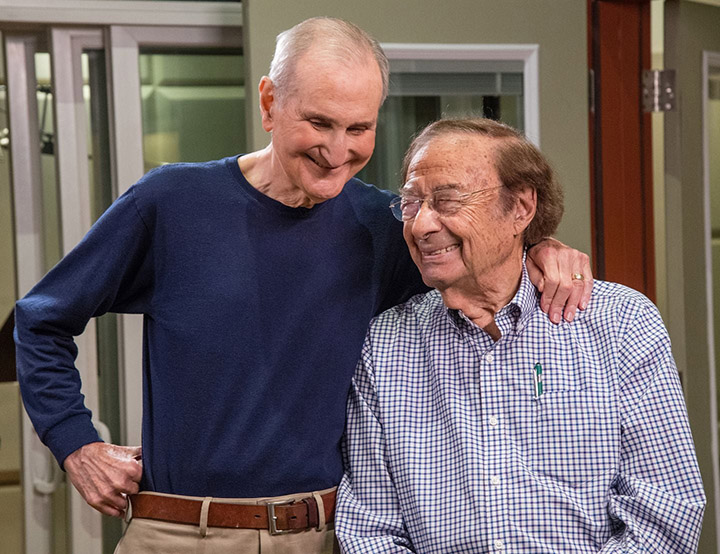 The inspiration for the album came when Tripp wrote a poem shortly before he turned 100.

The poem was about life, and getting old, and losing friends — and it made Weisbord want to sing.

Weisbord, who grew up playing piano, decided to set it to music as a surprise gift for Tripp's 100th birthday.

Listening to Weisbord perform his words on the piano sparked the idea for an album.

"I spent my entire life time wanting to become a songwriter, and at 102, I thought, 'Why not finally do it?'" Tripp told People.

Over the course of two years, they spent several hours each week testing melodies and writing lyrics. They would meet in the morning and sit at the grand piano in Weisbord's apartment.

Tripp and Weisbord funded the entire album themselves, recruiting Weisbord's band, the Wynlyn Jazz Ensemble, and fellow residents of their retirement community to sing the tunes.

The album's first copies sold out within days -- but you can also listen to the entire album on YouTube.

Tripp and Weisbord hope their album will inspire other seniors to try something new.

"You don't retire from something, you should retire to something," Tripp said. "We love what we're doing, and that's what makes you live as long as us and be happy."