Student Can't Get A Kidney Transplant Without A Home, So His Teacher Is Adopting Him

A teacher in Colorado is in the process of adopting his sick student to help save his life. 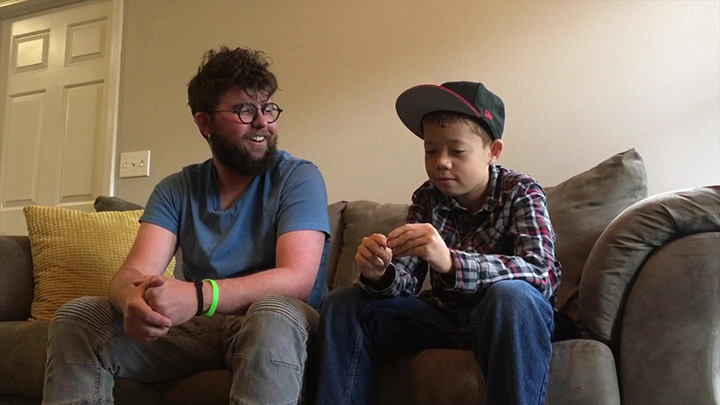 Damien, 13, suffers from focal segmental glomerulosclerosis and is in desperate need of a kidney transplant. The only reason he's not eligible for a transplant is because he's homeless.

Damien ended up in the foster care system due to his costly health issues. But when a proper home placement isn't available, the seventh grader has to live in the hospital.

Unfortunately, whenever he's a hospital resident, he's considered high risk for the organ to not work.

One day, Damien told Finn Lanning, his math teacher at AXL Academy, he wouldn't be returning. He was on his way back to a hospital.

Lanning decided to step in. He's adopting Damien, giving him a place to call home and a chance to finally get that elusive kidney.

"When you're living in the hospital, you're not able to be on the transplant list because folks who don't have stable housing are considered high-risk for their organ not to work," Lanning said.

Lanning said Damien had spent three to four months living in the hospital while waiting for placement in a foster home.

"Over that time, I started out going in to give him his work and just hang out with him a little bit, keep him caught up in the classroom," Lanning told Fox 13. "And as I learned more about his story and what he was facing and what his needs were and why they weren't being met, it just became really hard for me to look the other way."

Lanning's decision to adopt Damien got the teen out of the hospital and moved him to the top of the waiting list for a new kidney.

"Damien is now living with me, going back to school, and was just recently relisted on the kidney transplant list," Lanning said.

But Damien's condition requires him to maintain a strict diet, which has placed an unexpected financial burden on Lanning.

So, Lanning launched a GoFundMe page for Damien and has raised nearly $60,000 as of June 1.