Father Makes Short Film For His Daughter And You Wont Believe What Happens Next.... 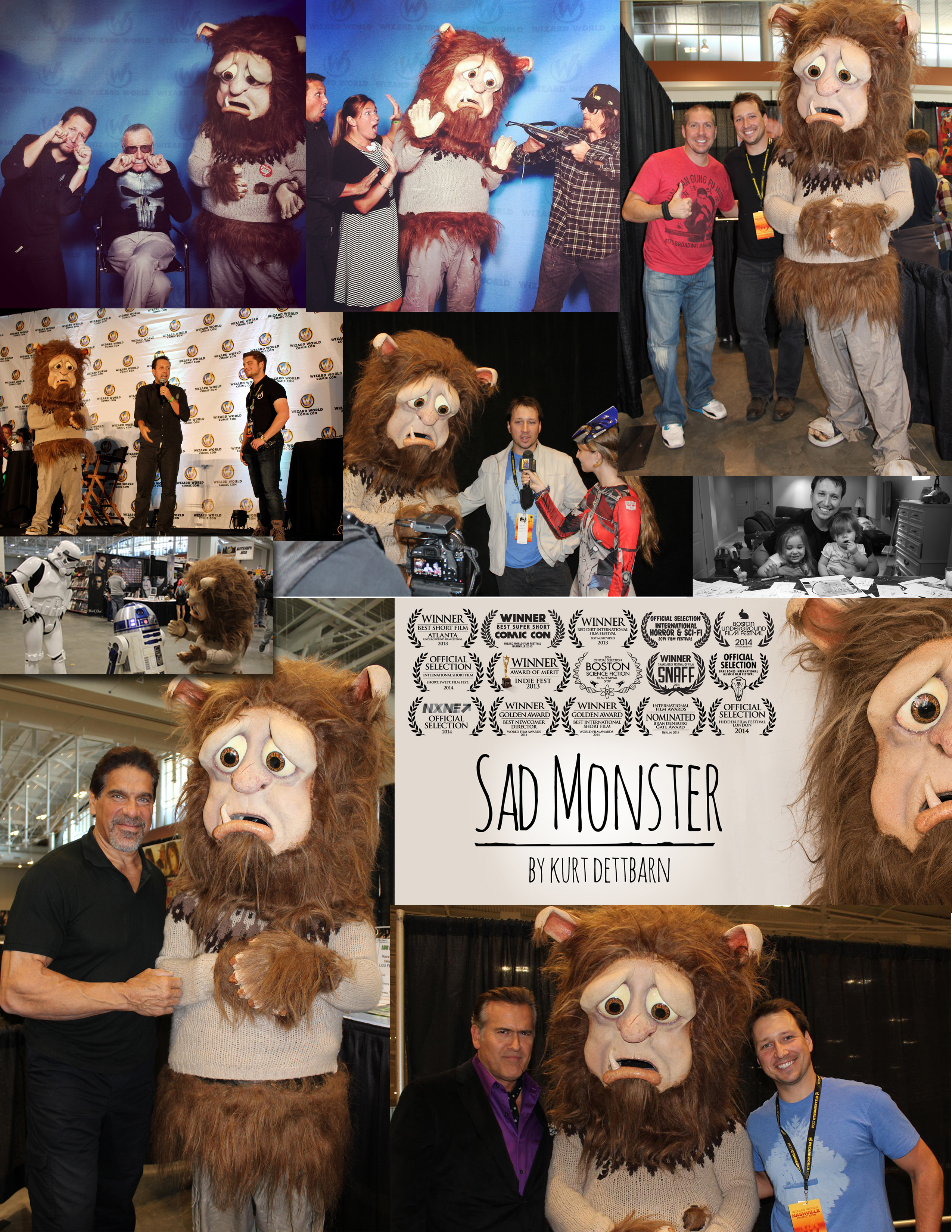 Dad (me) makes short film (Sad Monster) for his 3 year old daughter as a birthday present and ends up winning 7 Best Film Awards including BEST FILM at Comic Con!!! as well as 18 official film festival selections, a book deal and a meeting Stan Lee!!!!!

My daughter (Maja) was growing up too fast and I wanted to capture this moment in her life before it was over. So I wrote a song for her (singing it and playing all the instruments) then designed a monster costume (which i had made by a professional makeup and FX lab) and then directed a short film featuring that song to give her on her 3rd birthday. I filmed my daughter and never told her what it was for. I also kept the entire thing a secret from my wife. They cried when i revealed it but what happened next was amazing!

If you contact me by email, I can send you some great photos with me, sad monster and lots of celebs like Stan Lee, Bruce Campbell, Billy Dee Williams, Ray Park, Norman Reedus (from walking dead), etc