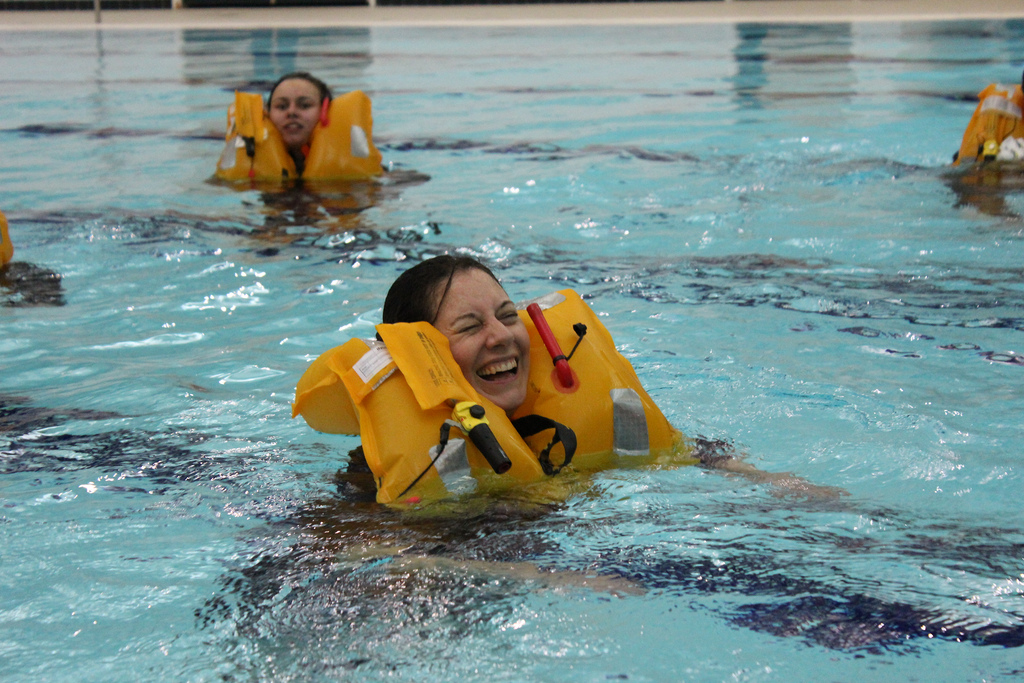 In 2001 I had it all, a good job, pension, mortgage, financial stability, and was over the moon when I was offered the chance to undertake public health research on maternal and child health in the urban and rural slums of Tamil Nadu, India. Unbeknown to me, my body had an adverse reaction to a routine travel vaccination, and whilst in India I developed sudden onset paralysis, which took a good 18 months to recover from. During that time, I couldn't walk, take myself to the toilet, dress myself, or stay awake for long periods, particularly as my immune system shut down and I stopped producing the healthy number of white cells needed to fight off infections. I lost a part of me somehow, I lost my confidence in pushing my body, even though I'd previously been very fit and would regularly run 10km at a time. Life stopped and I could no longer work, which meant losing my financial stability, and shook the foundations of my world. Mentally I was as active as ever, but now I was trapped in a body that couldn't move, which left me feeling frustrated, especially when I focused on all the things I felt I'd lost. Until now, all of my social circles revolved around sport, so losing mobility meant losing the fun side of my life and time with my friends.

Whilst I was ill, the realisation, that if I had been in my flat in London when the paralysis took ahold, I wouldn't be here today, and I doubt that anyone would have noticed my absence. I'd always spent so much time at work, that I'd never even seen my neighbours, and I knew no-one in my local community. What if I had died? Had I achieved everything I had wanted in life? It's amazing how experiences such as illness can make you reassess and reform your life in ways you could never have imagined. Until now I had always been a planner, planning for the 'what if's' and never being grateful for the here and now, living in the moment. I was always putting life on hold until I had achieved the next goal or got the next promotion. It is all too easy to get caught up in the 'to do' lists and to forget to live and just be quiet for a moment. To focus on all the things we don't have, rather than celebrating everything that we do have, no matter how small or trivial it might seem. I suppose I became less of a worrier and more of a risk-taker. I stopped worrying about the 'what-ifs' and started 'doing' things and saying yes to opportunities that came my way.

One of those things I said yes to, was a post working for the Ministry of Education and Science in the former Soviet Republic of Georgia. I gave up a stable income, and a salary to move to a country that I'd only seen on the news as a result of war, and which none of my friends had heard of. I got to work with refugees and street children, and young people who had lived through hard times, not even knowing whether they would have electricity that day or not. At first, I felt sorry for them. They were so poor, and materially they had nothing, yet they were always so happy and grateful. It took me a long time to understand this, and as they started to learn English, it was something I could talk to them more about. They were never sad about the the things they didn't have, they were simply happy because they were alive. They were surrounded by friends and family, and they had bread to eat so wouldn't go hungry. How much of our daily lives do we spend striving for things that we do not have, living on 'I hope that...' statements, waiting on the next big thing before we can do what we want in life.

It was whilst I was in Georgia, that my environmental and STEM education charity 'Oceans Project' began. Just a one off lesson, which became an after school club, then a summer camp, a Saturday club, and finally an online platform. Oceans Project now reaches over 17,000 young people worldwide, who have little or no access to any form of education, and connects those students with their peers in Britain and more developed countries. It has become my sole addiction, and I truly spend every waking hour working to raise the funds and to create educational materials to help young people, who feel as stuck as I did when I was paralysed, whatever the issue faces them. Some of the young people were human trafficked, some live and work on toxic rubbish dumps, some are facing peer pressure at schools in the UK, and some have simply never seen the ocean, or been given the opportunity to pursue the things they love most.

Sometimes we need those brain shaking moments of challenge, to question our own lives. Had I not been ill, I'd have continued to be stuck in a 9-5 job, never knowing my neighbours, and one day dying having left no impact on a single person. I've had some amazing experiences since my illness, and this past year have been able to learn to row with some of the Olympic rowers in preparation for my biggest challenge yet. On the 28th May 2014, I will be setting out along the river from my home town of Henley-On-Thames, in an attempt to become the first person to row solo around the coast of Great Britain. Since it has never been done before, I have no idea what to expect, but I do know that even just attempting this huge challenge, will inspire the young people I work with through Oceans Project, allow me to bring my country alive for them through 3D film footage and expedition posts and updates, and to use the row to raise money so that I can reach more young people and to give them the tools they ned to lift themselves and their families out of poverty.

That's my story so far. I hope it helps you through your own challenge in life, and to know that even if things seem bleak right now, there is always a reason behind it, and this could just be your wake up call to achieving your potential, no matter what that is.

The Real Wrestling Match Was In The Stands