The Intelligence Of Dolphins 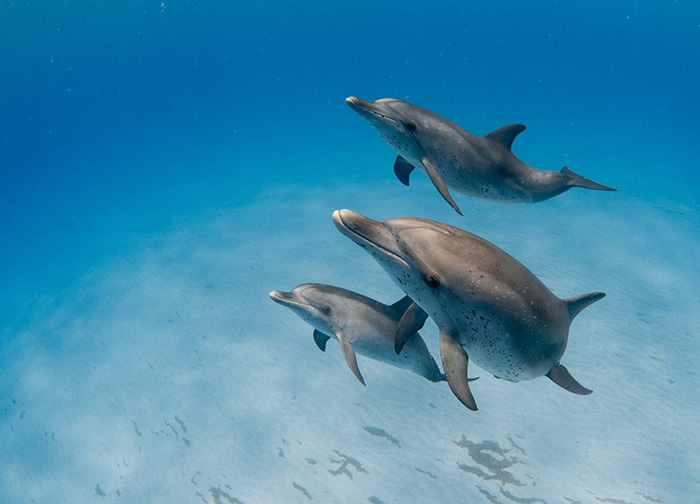 I see lots of comments about the intelligence of dolphins. I'll share a personal story of how amazingly smart these creatures are.

I was on vacation in Cuba a few years back and during an afternoon my family and I went to a dolphin cove where you could have lunch and swim with dolphins. Now my expectations were quite mid level/low for this, I've never been a fan of captive animals so I don't go to zoo's. We arrive by boat and it's a hut built on a dock about a KM off the island. There were about 6 cages underwater (about 40ftx40ft each) surrounding the dock where the dolphins were and where you could swim with them. The thing about these cages though is they had no top portion, it rose out of the water about a foot and had a fairly good amount of depth. These dolphins could very very easily hop over the cages.

As the tour started our Cuban guide obviously was over hearing everyone talking about the cages and started off the tour by explaining the intelligence of dolphins and the deals they made with them. These guys literally somehow cut a deal with the dolphins! Not sure how they started the process, but basically it follows as this. These dolphins are completely wild and arrive inland during a certain part of the season when the deeper seas aren't as plentiful for food/uncomfortable and will perform and live in the dolphin park and get fed really good food. When hurricane season starts they hop back over the fence and go back out to ocean for a couple/few months until the season changes and will always return to the park with new friends/babies.

The dolphins are there by their own free will because it benefits them. I really wished other facilities could establish a natural relationship like this.