The Wyandotte Police Department has launched an investigation after an officer's lunch was stolen while on the job. 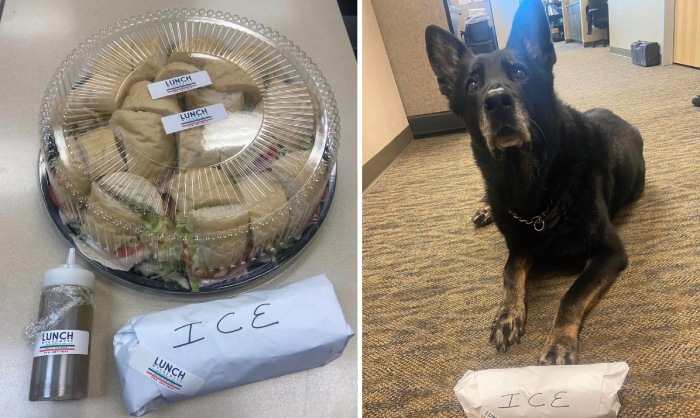 The Wyandotte Police Department wrote a hilarious post on social media, accusing Ice of the crime. But, they said they will consider the public's opinion on how to proceed.

"Stealing is not only a crime but it is morally wrong too. Some jobs, like that of being a police officer, require you to take an oath prior to starting. Within the officer's sworn oath is the promise to protect person's property.

That being said, it saddens me to report that a current officer of the Wyandotte Police Department is under investigation for stealing!

The incident happened two days ago at the station. Ofc. Barwig was eating lunch in the breakroom when he was called to assist with a person in the WPD jail. He quickly jumped into service, leaving his half eaten lunch on the table. A short while later Barwig and another officer returned to the breakroom only to find Ofc. Ice leisurely strolling out of the room licking his chops. Barwig's entire lunch was gone....disappeared, vanished!

Ofc. Ice has invoked his fifth amendment right to remain silent and quite frankly is not cooperating with the investigation. He has a history of rummaging through trash cans that are within his reach. There have been several other accusations of him taking food right from coworker's hands as they walk by.

WPD will consider our Facebook followers opinions on how to proceed with this investigation."

The department also posted a mugshot of Ice. 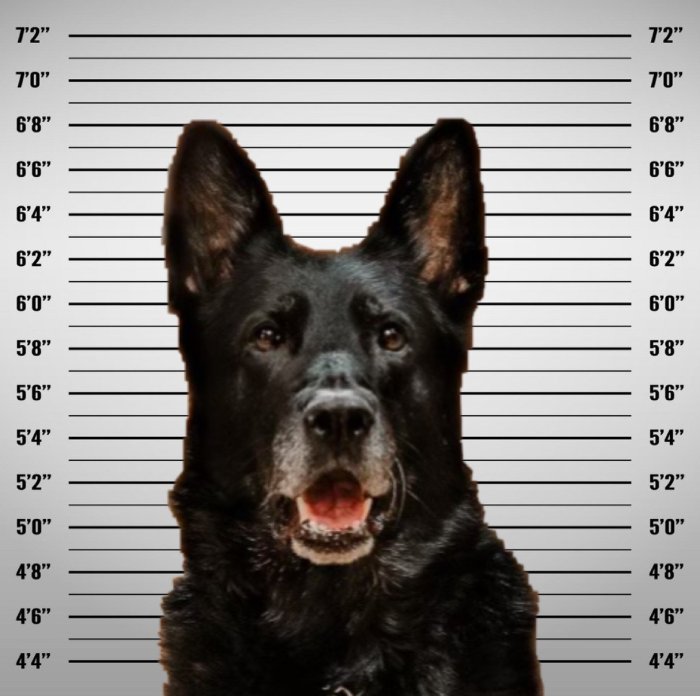 "I'll be this officers attorney pro bono if need be. If the teeth don't fit you must acquit," one user commented.

"Someone is setting him up!" another user wrote.