A cat was treated to a Thanksgiving feast after he was discovered in a traveler's suitcase at John F. Kennedy International Airport. 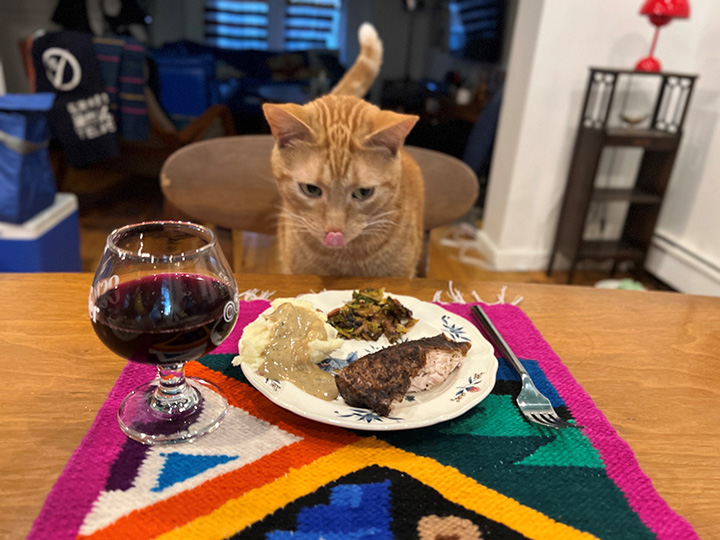 TSA spokeswoman Lisa Farbstein said "Smells the cat" was found at JFK Airport when an X-ray machine revealed him inside a suitcase that was headed to Orlando.

"Apparently Smells was planning to chase after a big mouse he heard was running around Disneyworld," she said in a tweet. 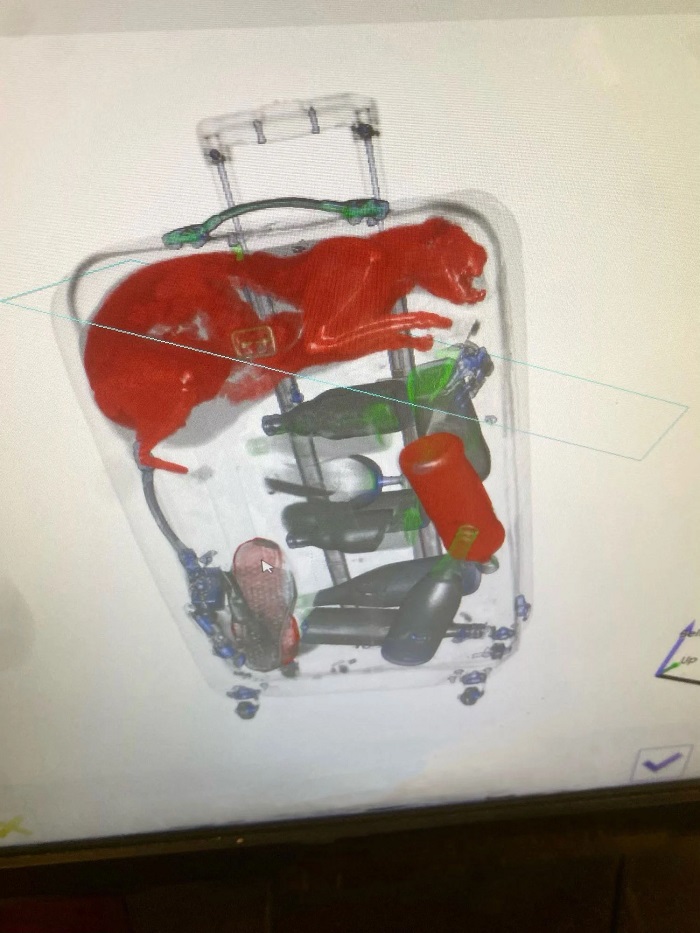 According to the owner of the suitcase, Smells belonged to someone else in his household. The traveler claimed he had no idea the cat was inside his luggage.

Smells' owner, 37-year-old Brooklyn resident Alix, said Smells must have snuck into her house guest' suitcase while she was at work. She does not believe the cat was intentionally placed in the suitcase.

"Our cats really like to check out bags and boxes and apparently one of them climbed into his suitcase," Alix said. "It was just an accident."

A witness at the airport says the traveler was visiting the US from Belgium.

"It was an accident. I was there. The guy was visiting from Belgium. Very friendly cat. Followed him, slept in bed with him, and jumped in suitcase when not looking. He was going to visit friends in Florida next," he said.

"His friend was very apologetic when he came to get the cat. Said he should have warned him he might do this."