A giant cat resting on a sandy hill is the new geoglyph that archaeologists from the Peruvian Ministry of Culture have found in the Pampa de Nazca. 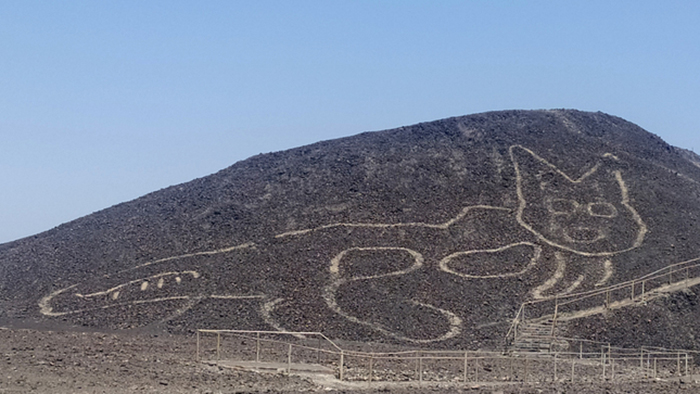 Peru's Ministry of Culture says the figure was barely visible and was about to disappear due to its location on a fairly steep hillside and the effects of natural erosion.

It shows the figure of a feline represented with the body in profile and the head in front, whose lines for the most part were well defined by a line of variable width between 30 and 40 cm. 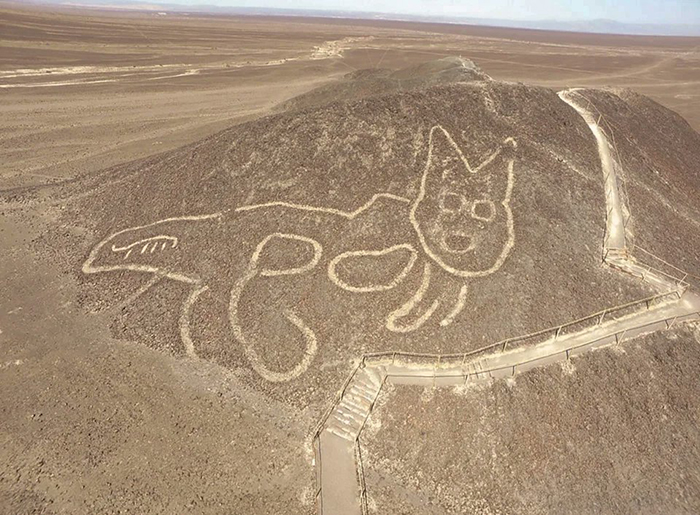 It is believed to be from the Paracas culture, an Andean society existing between approximately 800 BCE and 100 BCE.

Representations of felines of this type are frequent in the iconography of ceramics and textiles of the Paracas society.

"We know that from comparing iconographies," said Johny Isla, Peru's chief archaeologist for the Nazca lines. "Paracas textiles, for example, show birds, cats and people that are easily comparable to these geoglyphs." 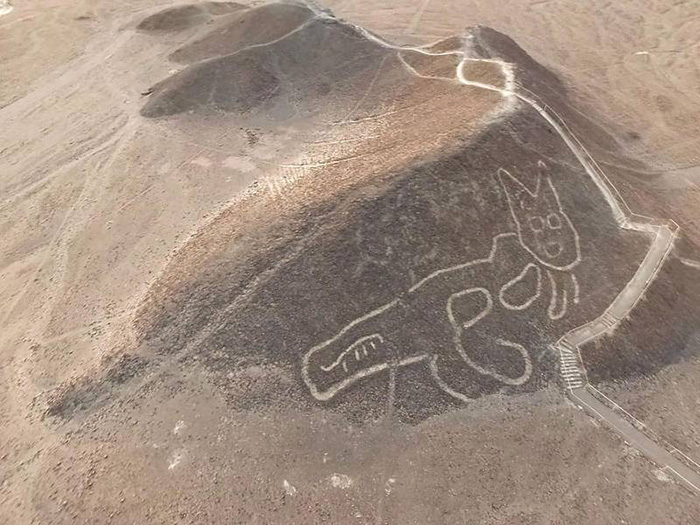 There is some solace in knowing that cat memes is not an Internet phenomenon.

Given enough time, no matter the century, people WILL make cat memes.