Keanu Reeves showed up at a couple's wedding reception after meeting the groom at the hotel. 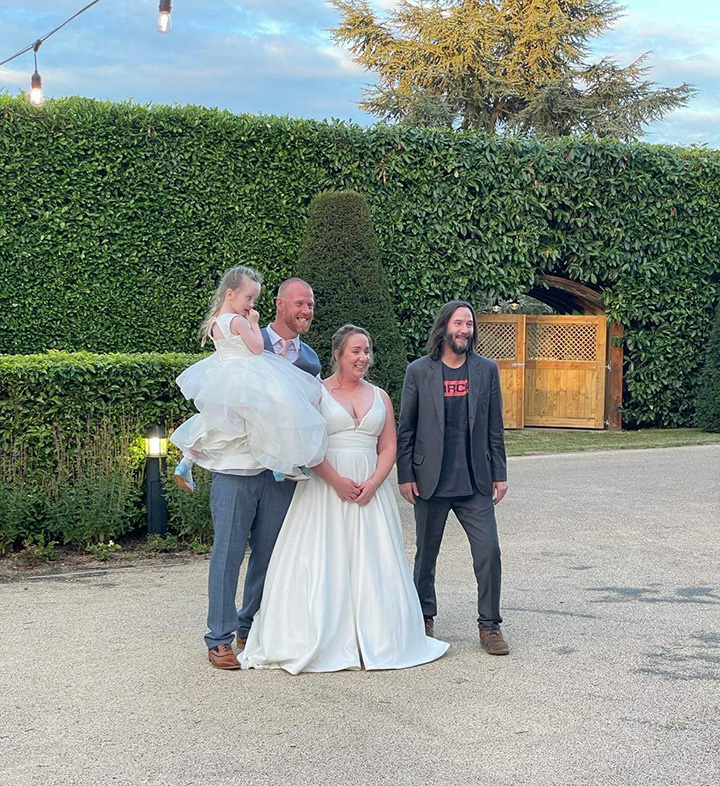 James and Nikki Roadnight were staying at Fawsley Hall in Northamptonshire, England, for their wedding when James ran into Reeves, who was also staying at the hotel.

James invited the Hollywood star to have a drink and say hello at their reception.

"He was very friendly and said he would later on," Nikki told Newsweek. "We didn't know if he would or not but it was cool that my husband had spoken to him!"

About an hour later, a hotel staffer approached Nikki and told her that a "very special guest" wanted to speak to her. 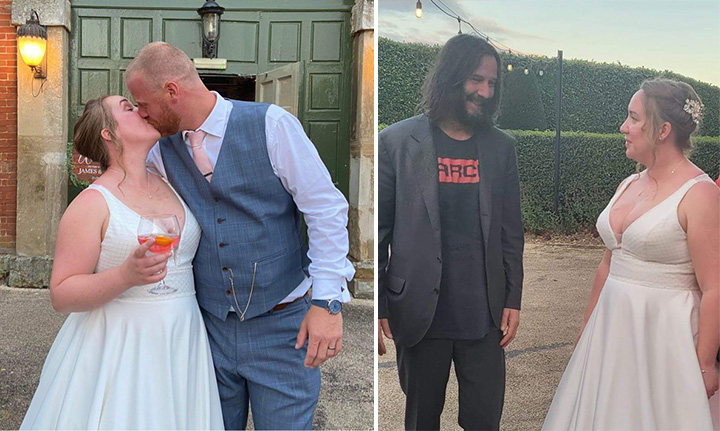 "It was all very exciting and I went to say hi and introduce myself, and I offered him a drink but he declined that and said he'd just had a long flight so wouldn't stay long but he was so kind and friendly and congratulated us on our wedding," Nikki said.

She added that Reeves was "kind enough to do some pictures and our wedding photographer was able to capture some too!"

Nikki said Reeves also took the time to mingle with guests and take pictures with them, too.