A painting by Canadian folk artist Maud Lewis that was traded for a meal at a restaurant has sold for $350,000. 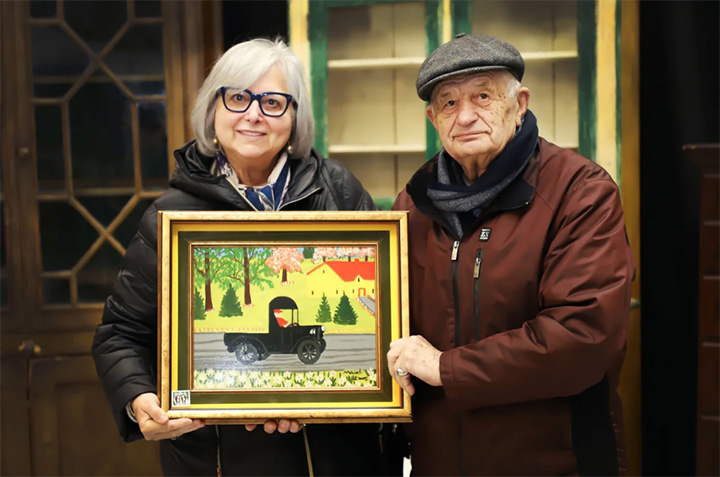 According to 69-year-old Irene Demas, the story starts in Ontario in the early 70s.

Irene and her husband Tony opened a restaurant called The Villa. On The Villa's opening day, the chef had one too many beers, and Tony asked his wife to step in.

"I knew nothing honestly about food," Irene told Today. "But I did know how to make a grilled cheese, so I thought, 'OK, our special's just going to be grilled cheese sandwiches. That's it.' "

The sandwiches were a big hit. Sometime around 1973, the Demas' met Audrey and John Kinnear who became regulars at the restaurant. John always ordered a grilled cheese sandwich.

After a while, the couples decided to start making some trades.

"After a while, he started bringing in some of his art and asked my husband if we could trade for their lunches for his art," Irene explained. "We happened to really love his art. He did some very beautiful watercolors … he did a lot of European kind of stuff, English countrysides and beautiful animals."

One day, John walked in with paintings that weren't his own. Irene remembers that John told the story of the artist he'd met who had limited mobility (Maud Lewis had rheumatoid arthritis) and was of simple means. He set up six artworks from different artists and presented them to Irene and her husband.

"There was one special painting that really jumped out at me that was very bright, and it was a little black truck. All the other ones I didn't care for had about two or three different versions of cats … I was pregnant at that time. And (I thought), 'Well, if it's a boy, we can hang it in in his room' … it turns out I picked the right one." 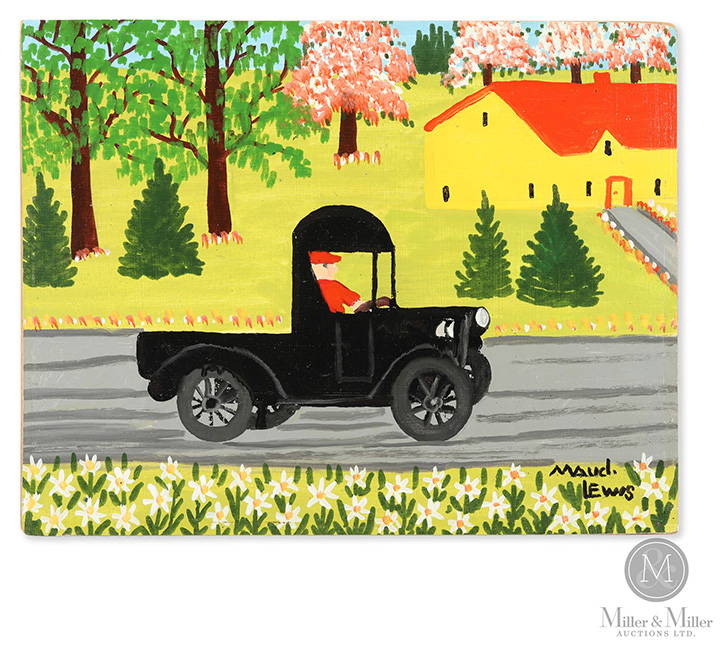 Maud Lewis, who lived most of her life in poverty, was known for her cheery paintings of life in rural Nova Scotia. She passed away in 1970 at the age of 69. In the years since, her fame grew.

"It's just too bad she didn't live long enough to really reap the benefits of her art," Irene told The Guardian.

With the encouragement of their children, the couple decided to put the work up for sale.