A hilarious photo of a raccoon stuck in someone's roof has gone viral -- but don't worry, this has a happy ending.

Wildlife Emergency Services received a call from a concerned homeowner in the Santa Cruz Mountains regarding a racoon that had chewed through their roof and had gotten herself stuck.

According to the Santa Cruz County Animal Shelter, she was only trying to get back to her babies. The homeowners had the attic vent fixed and closed off while she was outside the home and her young were in the attic.

The mother raccoon was determined to get back to her babies and started chewing through the roof. After getting partway through the roof, she became wedged in the opening, mostly inside, but with her hips, rear legs and tail outside. 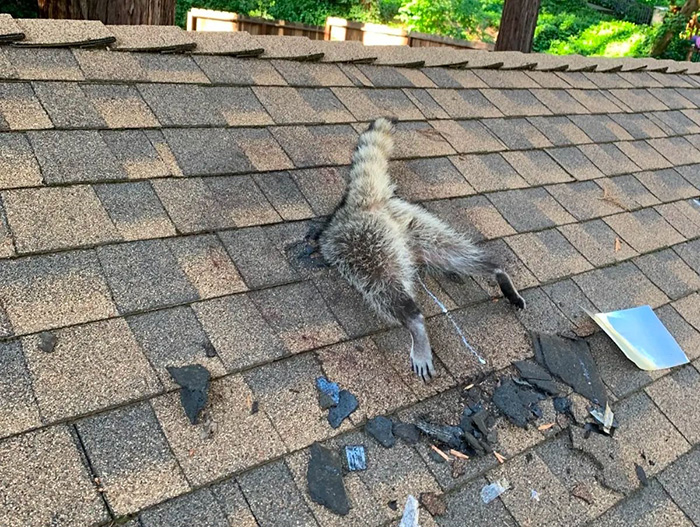 A rescue crew was able to widen the hole to let the raccoon get through and reunite with her babies.

"Now that the mama racoon is back safe with her babies, Wildlife Emergency Services will help the citizens to set up a repellant barrier to safely and humanely have mama and her kids move along to a more appropriate home," the Santa Cruz County Animal Shelter said.