A 2-year-old boy in Kingsville, TX,  had 31 McDonald's cheeseburgers delivered through his mother's DoorDash app on her phone. 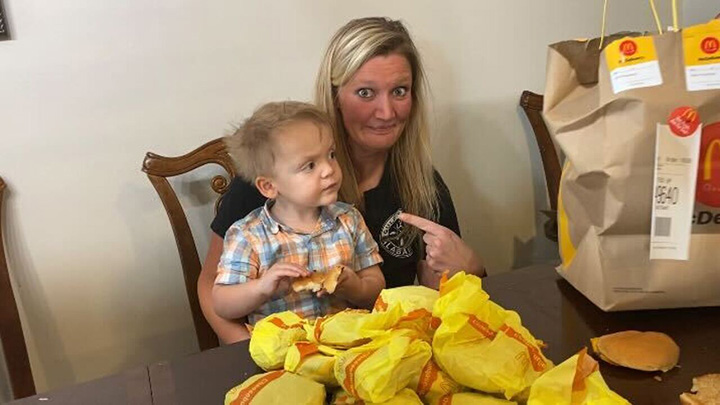 Kelsey Golden said she received a notification Monday from DoorDash saying her McDonald's order was going to take a little longer than usual because of its size. She was shocked because she never placed an order.

As it turned out, her youngest son, 2-year-old Barrett, had placed it, using her unlocked phone.

"So, I was working. I was using my phone, and sometimes, whenever I'm on my computer and my phone, he'll come grab the phone out of my hand. And he did. He usually likes to take pictures of himself, so he was doing that. I thought I locked the phone, but apparently, I didn't," Kelsey said.

The cost of the cheeseburgers alone was $58.59. But the 2-year-old is apparently a generous tipper, giving the DoorDash driver another $16.50.

With other fees on top, Kelsey ended up paying a total of $91.70 for the order.

Barrett only ate about half of one cheeseburger. Kelsey gave away the rest to neighbors.