Daughter Surprises Dad With Tickets To His First NFL Game

A lifelong Philadelphia Eagle's fan who has never been to a game in person will finally have the opportunity this upcoming season, thanks to his daughter.

In a video shared on Twitter, Derek Godwin got emotional when he realized a heartfelt tribute from his younger daughter, Dayona, included two tickets to the Eagles' Week 17 game at Washington's FedEx Field.

"My dad has been an Eagles fan his whole entire life and he's never been to an NFL game let alone an Eagles game," said Dayona, "Well this Father's Day that all changed. We will experiencing our first game TOGETHER."

My dad has been an Eagles fan his whole entire life and he's never been to an NFL game let alone an Eagles game…. Well this Father's Day that all changed 💚we will experiencing our first game TOGETHER. #FlyEaglesFly @Derek_G88 @Eagles @JalenHurts @bigplay24slay @LaneJohnson65 pic.twitter.com/jIGE4spIc5

Derek, 51, has lived in Ocean City, MD, his entire life, raising a family while working as a foreman at the city's Convention Center.

According to Dayona, Derek chose to spend Sunday afternoons with his daughter on the basketball court rather than in the stands watching football. Dayona played sports throughout high school and during college.

"He just prioritized me, along with my mom. They were committed to just being there supporting me doing everything I had to do," Dayona said. "He put his wants to the side for me."

Now that she's graduated from college and her father is nearing retirement, Dayona thought and Eagles game would be a fitting way to thank her father for all the support he's showed her over the years. 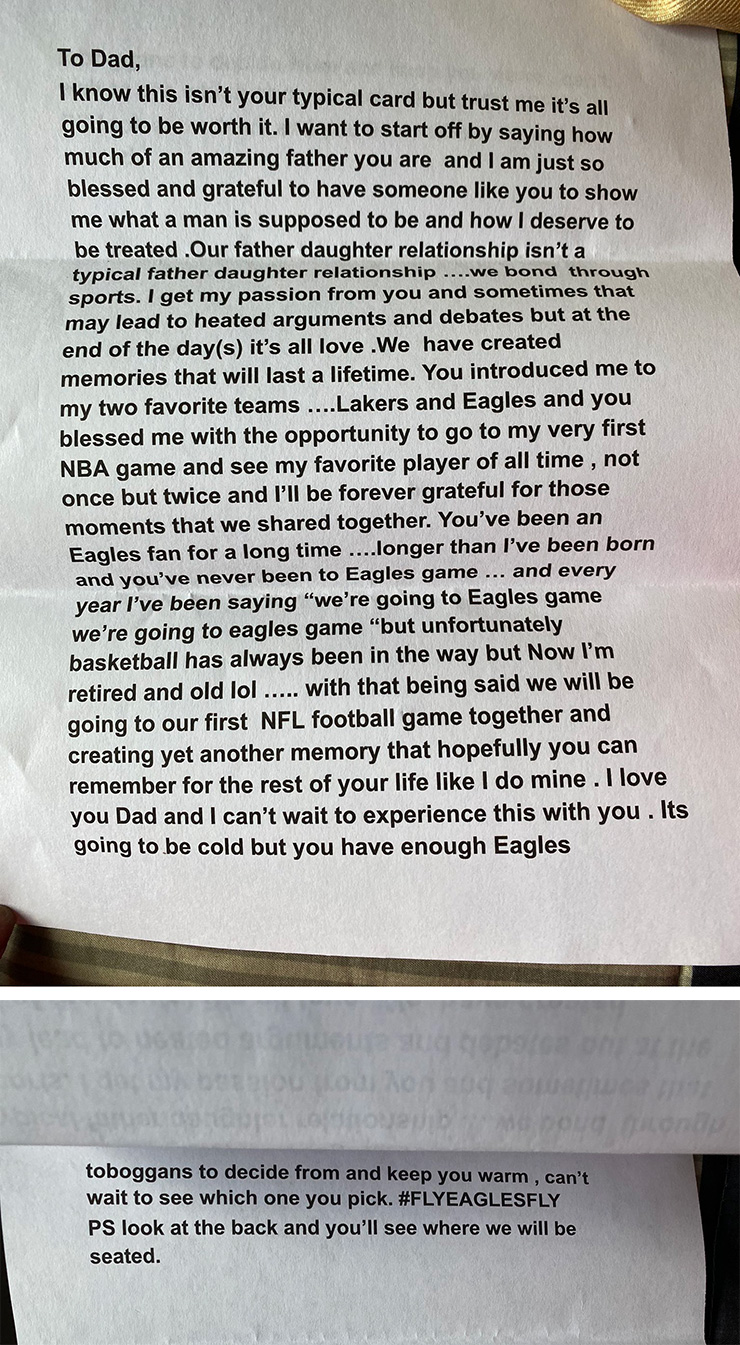 "He's just super excited. You'd think he was a little kid on Christmas just opening his presents," Dayona said. "Making my dad happy is everything."