Two blue penguins had to be removed not once, but twice after they returned to a New Zealand sushi shop to grab some fresh fish. 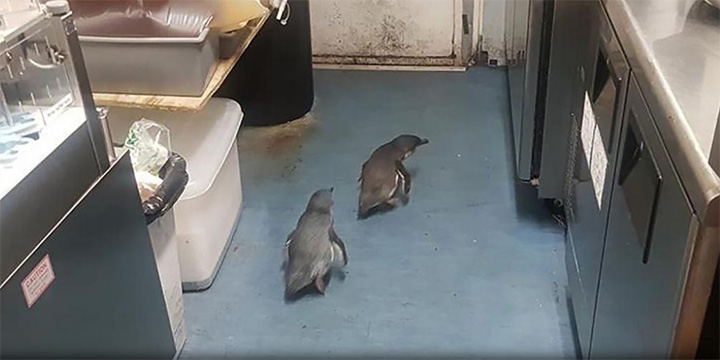 The two "waddling vagrants" were first spotted nesting under the shop, Sushi Bi. Wellington law enforcement temporarily detained them before releasing the birds back into the wild.

Later that evening, the rebel penguins returned to Sushi B, crossing four lanes of busy traffic to get to the shop.

These little blue penguins had to be removed from under a sushi store near the Wgtn railway station, not once - but twice.
The two little kororā showed a complete disregard for police authority after being removed from under a food truck, and returning later in the day. 😍😍 pic.twitter.com/i728NRe0LP

Their cover was blown after a shop worker heard them making a "cooing, humming sound". It is understood that the penguins were hiding near the grills beneath the sushi shop, where it was warm.

The Department of Conservation was called to remove the culprits the second time and released them at a safe nesting spot near the waterfront, Radio New Zealand reported.