A stray dog in North Carolina has been gifted the unicorn plush toy that he tried to steal multiple times from a Dollar General store. 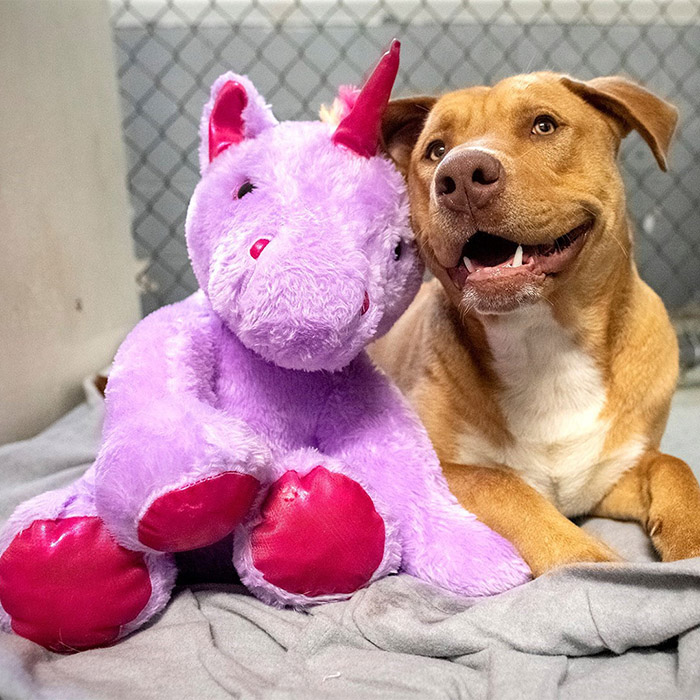 According to Duplin County Animal Services, a stray dog named Sisu tried multiple times to take a stuffed unicorn from inside the store.

"He went straight for the unicorn, the same one every time," said Joe Newburn, a supervisor at Duplin County Animal Services.

Samantha Lane, the officer who responded to the Dollar General store's call, was so taken with the dog's devotion to the unicorn that she bought the $10 toy for the dog.

According to Newburn, the canine was happy to head off with Lane once he had his unicorn. 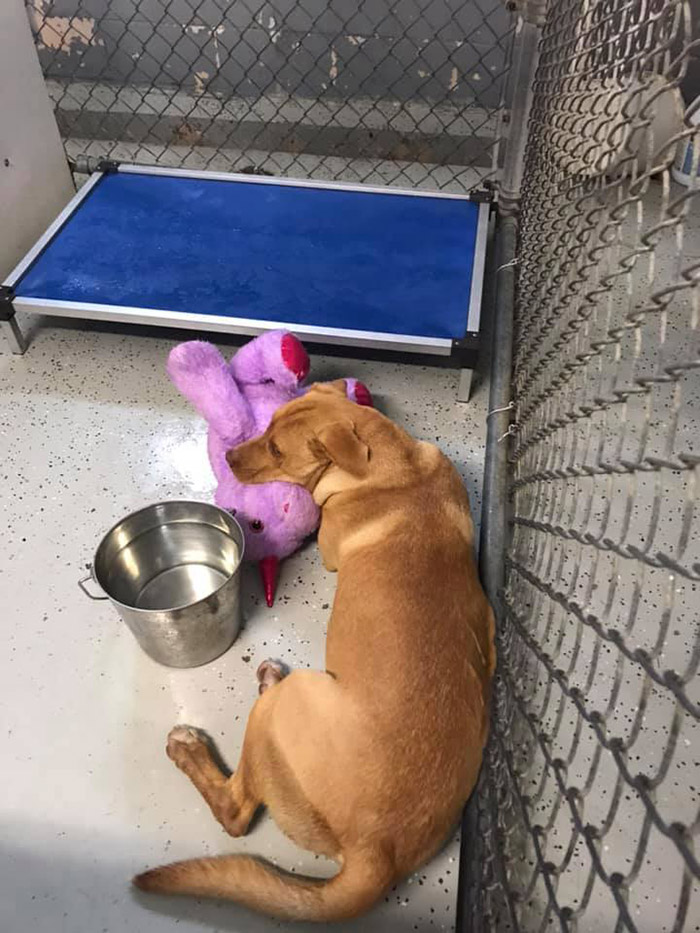 "The only thing we can think is that he came from a home where he had a similar stuffed animal or kids in the home did," Newburn said.

Sisu is considered a stray at the shelter because no one has come forward to claim him. He is currently available for adoption and is described as a 1-year-old male who is very obedient with people.